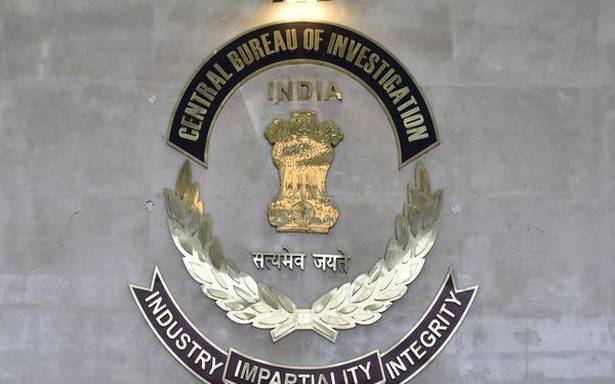 Based on the CBI cases, the Enforcement Directorate has also been conducting money laundering probe against the accused persons.

The Central Bureau of Investigation has booked the then District Magistrate, a retired IAS official, of Kaushambi in Uttar Pradesh and nine others for allegedly awarding fresh leases and renewing old ones in favour of those involved in the illegal mining of minor minerals. The agency on Tuesday searched the premises of accused persons.

“Searches at nine locations have led to the identification of 44 properties worth about ₹100 crore in Delhi, Ghaziabad and other places. They include schools and shopping malls,” said a CBI official. The agency has also identified 36 bank accounts in the name of the accused official and that of his family members in Lucknow, Kanpur, Ghaziabad and New Delhi, besides six lockers.

The search teams also seized ₹10 lakh in cash, gold and silver jewellery worth about ₹2.11 crore, ₹1 lakh in old currency and documents related to fixed deposits worth close to ₹51 lakh.

It is alleged that during 2012-14, the official awarded two fresh leases and renewed nine existing ones to facilitate illegal mining of minor minerals in Kaushambi without following the e-tendering procedure, in violation of the Uttar Pradesh government’s directive dated May 31, 2012.

The case stems from the preliminary enquiries launched by the CBI into illegal mining of minor minerals in Uttar Pradesh, pursuant to a Allahabad High Court’s directive in 2016. Illegal sand mining had been alleged in the Deoria, Shamli, Fatehpur, Hamirpur and Siddharthnagar districts.

Based on the CBI cases, the Enforcement Directorate has also been conducting money laundering probe against the accused persons.