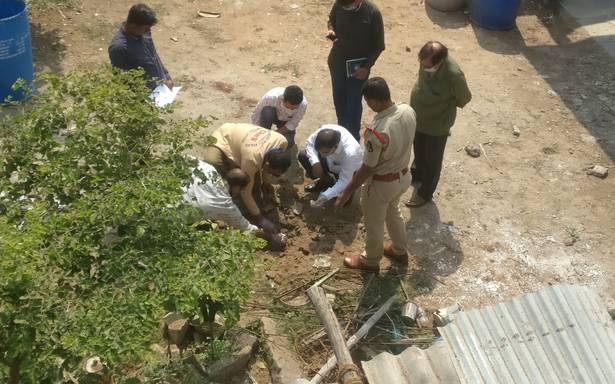 The victims migrated to Hyderabad for livelihood and were working at a PoP idol-making unit at Chatrinaka.

Two migrant idol makers died while another suffered severe injuries after stone splinters hit their faces, following the explosion of crackers at Kandikal under Chatrinaka police station area in the late hours on Deepavali night on Thursday.

According to police, the victims, Jagannath Malik, 25, and Vishnupadha Mahato, dug up a pit and buried three or four joint ‘sutli bomb’, a type of high-intensity firecracker, underneath and covered it with soil and stones. “Then they lit up the firecracker, which resulted in the explosion,” police said.

The stone splinters hit the duo as a result they suffered multiple skull fractures and died on the spot, while Ashwin escaped with injuries. The victims migrated to Hyderabad for livelihood and were working at a Plaster of Paris (PoP) idol-making unit at Chatrinaka. The incident took place between 10.45 p.m. to 11 p.m. at the idol-making unit.