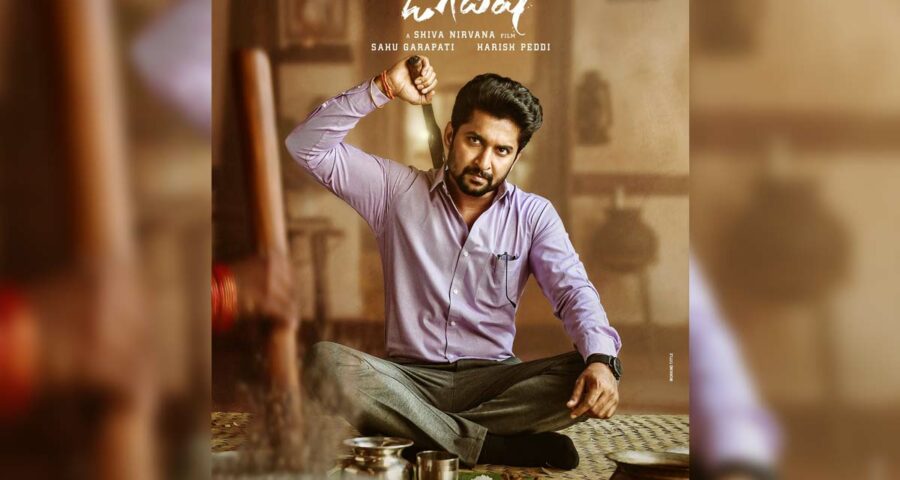 On 25th December,  the makers of upcoming Telugu film Tuck Jagadish released the first look poster that dropped all hints of a mass entertainer. Nani was seen in a formal look with his shirt tucked in but   the actor was seen in a ready for  the action posture, as he was pulling out a knife.  Now the maker of Tuck Jagadish are going to share an update about Nani starrer tomorrow at 11:07 am.

The upcoming film Tuck Jagadish  is bringing  together director Shiva Nirvana and Nani after  the romantic and comedy movie Ninnu Kori. The makers have already announced that Tuck Jagadish will release in theatres in  the month of April 2021.   Shiva Nirvana’ directorial venture has Ritu Varma and Aishwarya Rajesh  in the female lead roles, which is being bankrolled by  Sahu Garapati and Harish Peddi  under the banner of  Shine Screens whereas it has the music by S S Thaman.

Nani was last seen in thriller drama V, directed by Mohana Krishna Indraganti,  which also has Sudheer Babu, Aditi Rao Hydari and Nivetha Thomas in the lead roles and it was just average.

Tuck Jagadish is director Shiva Nirvana’s third film. His last movie was Naga Chaitanya and Samantha  Akkineni starrer Majili, which went on to become a blockbuster.