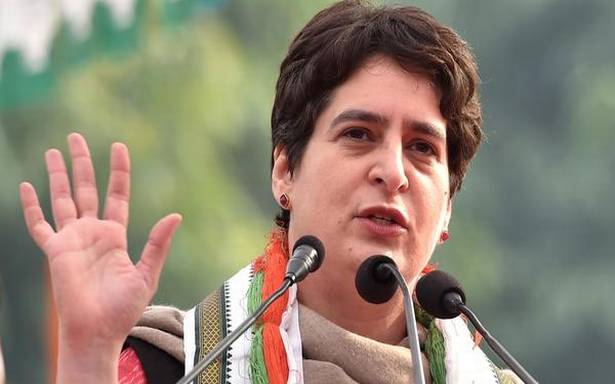 Priyanka says there is no other solution than repealing farm laws.

As Friday’s eight round of talks between farmers and the Centre failed to break the deadlock over the farm laws, the Congress said the Narendra Modi government would go down as the most “inhuman and ruthless government in the history of India”.

Separately, party general secretary Priyanka Gandhi Vadra, while meeting MPs and MLAs from Punjab, asserted that there was no other solution than repealing the bills. “We have always stood by farmers and will continue to do so. The only solution is to repeal the laws. There is no other solution,” she said.

The MPs and MLAs from Punjab who have been on a dharna at Delhi’s Jantar Mantar for 32 days included Ravneet Bittu, Gurjit Singh Aujla, Jasbir Singh Gill, Kulbir Singh Zira and Raminder Singh Awla.

Moments after a new date was announced for the ninth round of talks, Congress chief spokesperson Randeep Surjewala tweeted, “The Modi government has proved to be the most inhuman, egotistical and ruthless in the history of India. It can neither see farmers dying daily in the bitter cold weather not can it see the economy to a standstill. By playing a game of holding meetings, the Centre is trying to wear them out. Farmers will neither tire nor now down or stop.”

And former party chief Rahul Gandhi tweeted, “Modi government has betrayed the *annadata* [food providers] of the country for the benefit of his capitalist friends. Through the movement, the farmers have spoken. It is the duty of all of us to raise the voice of the donors and support their demands.”