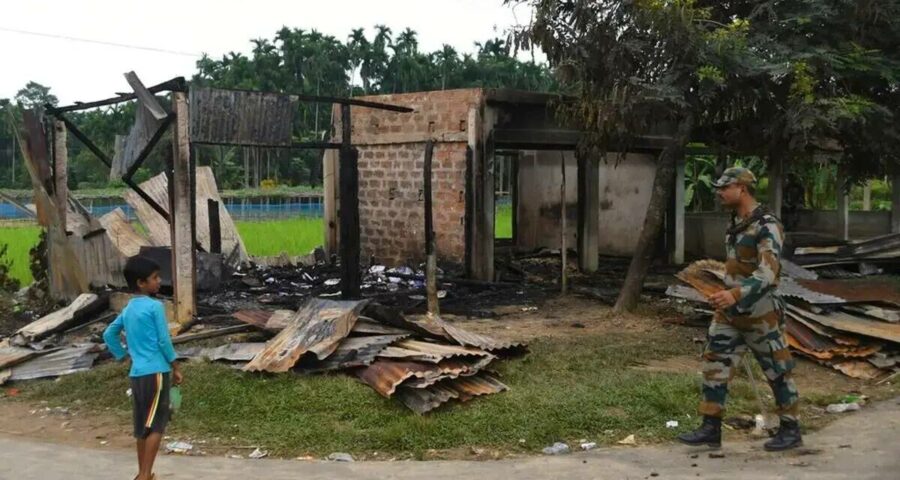 Three days after booking four Supreme Court lawyers under the stringent Unlawful Activities (Prevention) Act (UAPA) and other IPC provisions, the Tripura Police Saturday booked 102 social media accounts under similar charges. It also sent notices to Twitter, Facebook and YouTube, asking the social media platforms to block these accounts as they were allegedly found to be spreading “objectionable news items/statements” regarding recent clashes and alleged attacks on mosques in Tripura.

The Tripura Police has also sought particulars of these social media accounts including their registration details, browsing details, list of IP addresses from where they logged in and mobile numbers added to these accounts,

Speaking to indianexpress.com, a senior official of Tripura Police said communal propaganda on social media was found to have a “direct correlation” with the press briefing of the lawyers.

The lawyers, who were in Tripura as part of an independent fact-finding team on the alleged violence and vandalising of mosques, published a report in which it was alleged that a few Hindu organisations had attacked mosques, houses and shops owned by minorities.

The official further said the briefing of the visiting team was used on social media to spread rumours and fake news.

Asked why the advocates were booked under UAPA, the official said the investigating official found the involvement of four advocates in “distortion of facts”.

The police said around 150 social media accounts were initially listed for scrutiny.

After careful examination of their content, 101 accounts were shortlisted which allegedly carried “malicious propaganda” and had “potential to create hatred”.

“As per case number 181 registered at West Agartala Police Station, notices were served to 68 Twitter accounts, 31 Facebook accounts and two YouTube accounts. A separate case was also previously registered against one Facebook user. Notices were sent to authorities of all these social media companies asking to block the accounts and pages and provide particulars on the users,” the official said.

The case, which was initially under investigation at the West Agartala Police Station, was handed over to the Crime Branch Friday evening.

Meanwhile, ruling BJP’s spokesperson Nabendu Bhattacharya said the police action in the matter was not detrimental to freedom of speech and expression. “The police will have to collect evidence and investigate the issue. Freedom of speech and expression in a democracy is a must but cannot be limitless. There are some restrictions to this freedom, otherwise it can be misused,” Bhattacharya said.

Tripura state Congress president Birajit Sinha said the state government could have taken a lenient approach in the matter. “The lawyers didn’t come here to create communal disturbance. Invoking such laws against them isn’t right. The government can take action if they make communal propaganda. This is a misuse of the law.”

Debbarman said freedom of speech and expression can’t be absolute but said the issue at hand is more about religious intolerance. “What happened in Tripura is not in the character of what the state is all about. If there is some serious reason of concern, the people should be allowed to know,” he said.