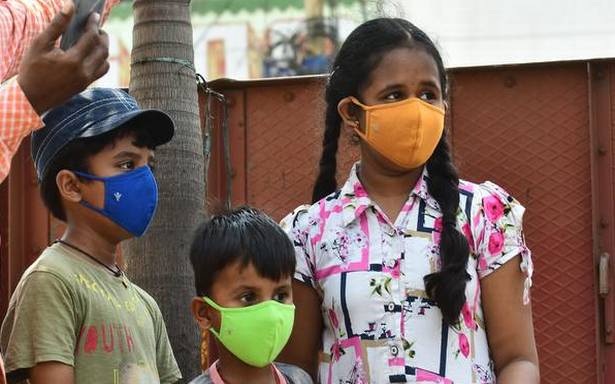 But they will continue to be susceptible to the infection as well be transmitters, say its latest guidelines.

Children are at limited risk for severe COVID-19 though they will continue to be susceptible to the infection as well be transmitters, say the latest guidelines from the Indian Academy of Pediatrics, a 32,000 member association of paediatricians in India.

In recent days, there have been concerns that a ‘third wave’ of the pandemic would hit children harder, largely on the presumption that they were proportionally more likely to be unvaccinated compared to adults. The academy statement, however, notes that the third serology survey (by the Indian Council of Medical Research) had found that the percentage of infected children in the 10-17 age group was around 25% which was similar to that of adults.

Two factors that favour children, the Academy statement suggests, is that they have fewer chemical receptors that facilitate viral entry and their immune systems are more primed. However, were a large number to be affected in future waves, that would also result in a substantial proportion of children being afflicted with severe and moderate disease, they add. “As per data collected in waves 1 and 2, even instances of severe disease in children are less likely to require admissions in intensive care units,” their statement notes, “however, we need to be watchful about how mutant strains are likely to behave.”

Other experts too have opined that children are not more susceptible but steps must be taken to get them vaccinated. “I have no reason to think that infections in children in absolute numbers or in the form of a severe disease will rise. We need to prepare but try to avoid any unnecessary concern or alarm. One of the discourses which is largely missing is the vaccination of children. Aspects such as which will be the most appropriate vaccine for children? What will be the purpose of vaccination in children? In my opinion, while selecting a vaccine for children, preference should be given to one which shows a role in preventing transmission. Maybe, nasal COVID-19 vaccines could be the best option for children, as those will have an advantage in quick scale up as administration of those vaccines will be easy,” Chandrakant Lahariya, epidemiologist and public health analyst, told The Hindu in a recent interview.