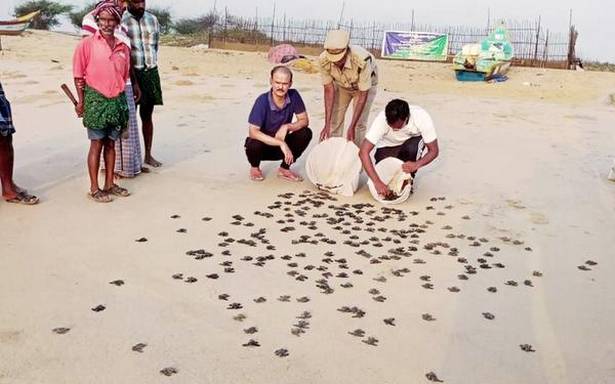 As many as 57,000 eggs were collected during the year and 46,891 hatchlings were released into the sea, he said while briefing the media on the conservation efforts on the eve of World Turtle Day. “The success rate of the assisted hatching in hatcheries is high as only one in 1,000 survives under normal condition,” he explained. The number of hatchlings released was 8,300 more when compared to the ones released last year.

For best results, local fishermen were made partners in the conservation programme as some of the most endangered species come to the shores to do nesting in large numbers between November and January every year.

They come to the same place at periodic intervals for nesting. Over 3.47 lakh hatchlings were released since the launch of the programme in 2012-13, he added.