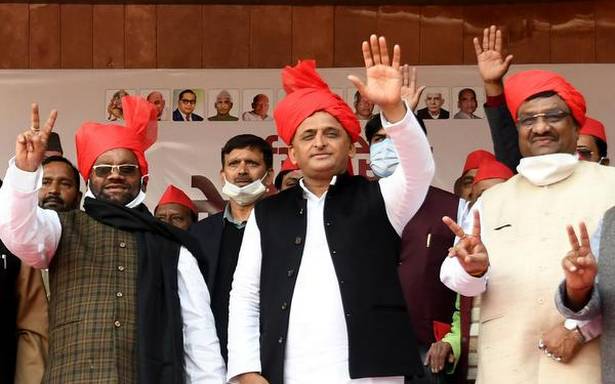 The Additional District and Sessions Court I in Kottayam acquitted Bishop Franco Mulakkal, former head of the Latin Catholic Diocese of Jalandhar, of all charges in connection with a rape complaint filed by a nun in the same diocese.

The incident comes ahead of the Republic Day celebrations. The security apparatus in the city is on high alert in the run up to the event.

District Magistrate of Jalpaiguri district, Maumita Godara said that nine persons have lost their lives. The deceased include six males and three females. According to the authorities, 36 persons are being treated in three different State Health facilities in north Bengal.

The portal will allow them to lodge grievances directly with the Department of Ex-Servicemen Welfare (DESW), he stated on the occasion of Armed Forces Veterans Day.

The High Court of Kerala restrained the police till January 18 from arresting actor Dileep and five other persons against whom the Crime Branch of Kerala Police had registered a fresh case, following the alleged threats he made to endanger five police officers who were probing the 2017 abduction and sexual assault case against an actor, in which Dileep is an accused.

No political gathering, rally in Karnataka till COVID-19 guidelines are in force: High Court

The court directed the Government to execute the mandate of the guidelines issued on January 4, till they are in operation, for preventing the spread of COVID-19.

Foreign Minister Sergey Lavrov described Moscow’s demands that NATO will neither expand nor deploy forces to Ukraine and other ex-Soviet nations as essential for the progress of diplomatic efforts to defuse soaring tensions over Ukraine.

Lithuania-China | A David and Goliath state of affairs

Why are China-Lithuania relations on a nosedive? What are its geopolitical ramifications?

WPI inflation has remained in double digits for the ninth consecutive month beginning April. Inflation in November was 14.23%, while in December 2020 it was 1.95 %.

Resuming the day 101 for two, South Africa got the job done in 63.3 overs with major contributions coming from Keegan Petersen (82), Rassie van der Dussen (41 not out) and Temba Bavuma (32 not out).

Djokovic would not be able to secure a visa to come to Australia for three years, except in compelling circumstances that affect Australia’s interest.