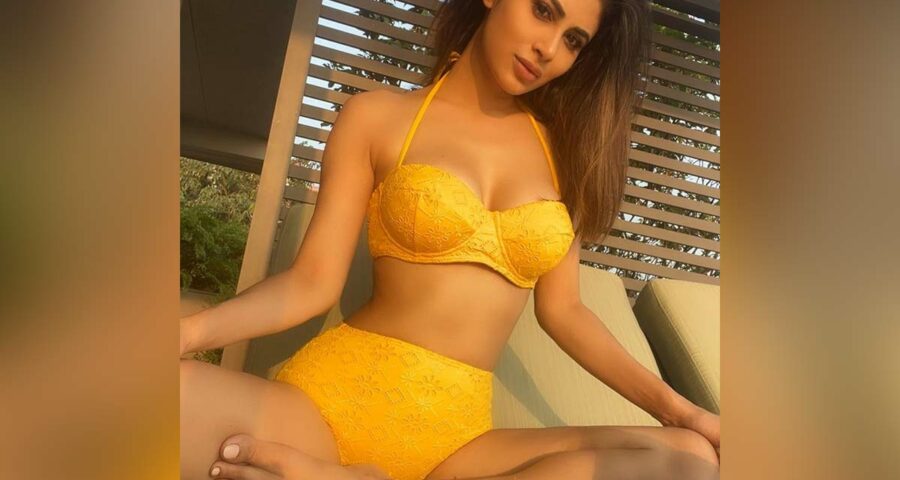 Mouni Roy rose to fame with TV show ‘Naagin’ with which she managed to win the hearts of the Television lovers. The actress was admired by the audience for her brilliant performance in the show Naagin.

Mouni made her debut in an acting career with the role of Krishna Tulsi in the  Ekta Kapoor’ TV serial ‘Kyunki Saas Bhi Kabhi Bahu Thi’.  She is also know for acting in  few movies like ‘Gold’, ‘Made in China’, ‘Romeo Akbar Walter’.  Mouni Roy spread joy and glamor on social media as she posed and lazed around in a yellow swimsuit.

The actress who is an active user of the social media sites, took to her Instagram to share a few pics of her where she is seen wearing a two piece yellow bikini.  Coming on the pics, She is seen lazing around, soaking in the sun. she captioned the pic:  “Life is an accumulation of moments & aglio olio  Most definitely aglio olio !All who know me knows.”

The actress is known for perfect figure and her s*xy looks. On the work front,  she is currently busy in her upcoming  fantasy drama Brahmastra which is  directed by Ayan Mukerji. The movie also  has Ranbir Kapoor and  Alia Bhatt in the lead roles whereas  Big B aka Amitabh Bachchan and Nagarjuna Akkineni in cameos.