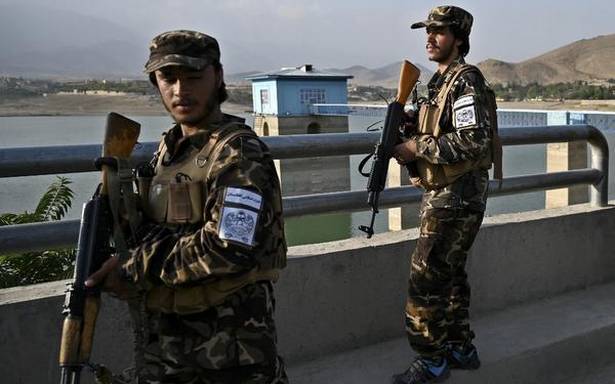 Taliban write to DGCA for resumption of flights by Afghan carriers

“The matter is being reviewed by the Ministry of Civil Aviation,” a government official said. Air connectivity between the two countries came to a halt after the Taliban closed the airspace over Afghanistan on August 16.

Observing that the court’s power of contempt can’t be taken away even by a legislative enactment, the Supreme Court on September 29 held the chairperson of an NGO guilty of contempt for not depositing ₹25 lakh for "scandalising and browbeating" the court.

Pakistani teen, captured by Army, urges ISI and Lashkar-e-Taiba to take him home

Ali Babar Patra was nabbed by the Army during an encounter in the Uri sector on September 26.

Without naming anyone, Mr. Sidhu said the issues for which he had taken a stand before the people of Punjab were being compromised.

Proceeds of auction, which are supposed to go to Namami Gange Mission, started on September 17, Narendra Modi’s birthday.

IMD forecasts cyclonic storm off Gujarat, asks fishermen not to venture into sea till October 2

It also asked fishermen who were out in the sea to return to the coast by September 29 evening.

Nagpur resident Sanjay Thul had sought details under the Right to Information Act about the total number of deaths in the police force due to the coronavirus and assistance provided by the government to the families of the deceased.

Mr. Kishida replaces outgoing party leader Prime Minister Yoshihide Suga, who is stepping down after serving only one year.

Officials from the Central Bureau of Statistics have been visiting homes across the country of 30 million people since September 25, giving respondents the option of choosing "others" as their gender, alongside male and female.

“Surgery was a success and the road to recovery has just begun. Thank you so much to everyone for your amazing support,” Kuldeep Yadav tweeted.

Virat Kohli has already announced that he will step down as Indian team’s skipper in the T20 format at the end of the upcoming World Cup in the UAE and Oman.