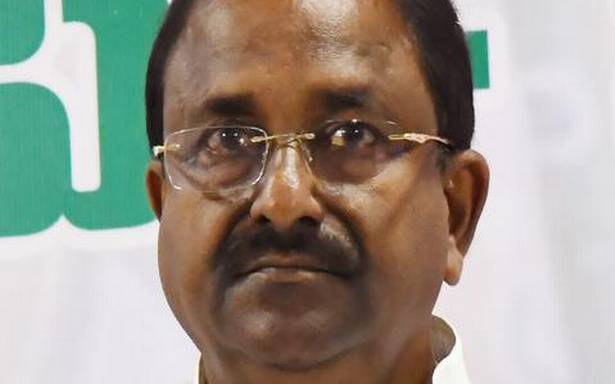 Mr. Veeraju told reporters here that the BJP will go alone in the bye polls and respects the decision of Jana Sena Party.

BJP State president Somu Veeraju has said that the party is in fray for the Badwel bye election and would fight the elections tooth and nail.

Mr. Veeraju told reporters here that the BJP will go alone in the bye polls and respects the decision of Jana Sena Party. However, the two parties would continue their alliance in future.

The BJP State president also made scathing comments on the ruling YSRCP saying that the BJP too has been striving for the welfare of poor and downtrodden, noting that the BJP ensured that ₹6,000 is transferred to every farmer under direct benefit transfer system and allotted ₹3000 crore for providing drinking water to every household in the State.

“Development and welfare are the prime goals of Prime Minister Narendra Modi and the BJP had done a lot for the development of the State,’’ said Mr. Veeraju