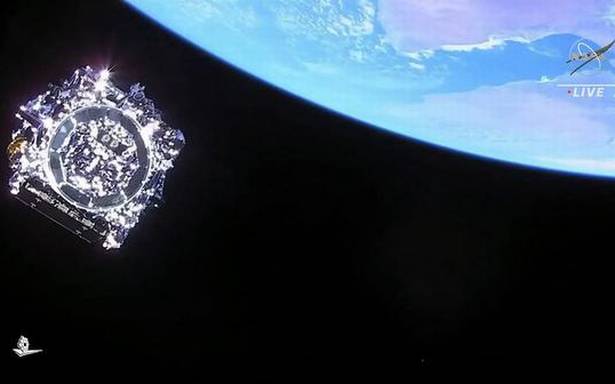 The teams will specifically look into areas of contact-tracing, including surveillance and containment operations, and COVID-19 testing.

NASA’s James Webb Space Telescope, a revolutionary instrument built to peer the farthest yet into the cosmos, has been launched from South America’s northeastern coast, opening a much anticipated new era of astronomical exploration.

The Punjab Police have identified the person killed in the Ludhiana court complex blast as Gangandeep Singh, a dismissed police official.

The security forces launched a cordon and search operation in Chowgam area.

BJP MLA Umesh Sharma Kau, who had been assigned the task of dissuading Uttarakhand Forest Minister Harak Singh Rawat amid reports about his likely resignation, said that Mr. Rawat’s grievance has been addressed and no one is going anywhere.

Chowna Mein urges Centre to recognise battle in the northeast.

The campaign will continue till February 11, the death anniversary of the party’s ideologue Deen Dayal Upadhyay.

Fencing has been a contentious issue in Pakistan-Afghanistan ties because the Afghans dispute the border demarcation done during the colonial period.

The shooting occurred inside a police station in the small town of Thirukkovil in eastern Sri Lanka.

Passing an interim order, a two-member NCLAT bench has directed parties, including United Breweries Ltd, to deposit 10% of the penalty amount by way of ‘Fixed Deposit Receipt’ within three weeks.