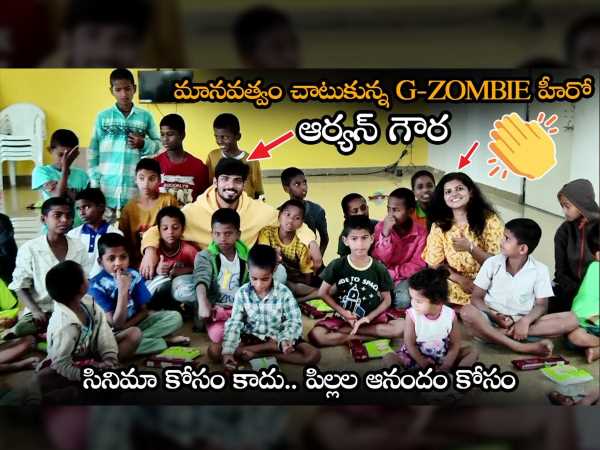 Tollywood hasn’t seen a zombie flick yet. As expressed by the makers of G-Zombie, the Zombie genre is an interesting one as we can mix horror and thriller into this without missing out on the fun element. The title sounds interesting. G-Zombie is the first Zombie flick for Tollywood and the makers are excited that they have a promising product in their hands.

Aryan Gowra and Divya Pandey have played the lead roles in the movie. The film is releasing on February 5th. The pre-release function held yesterday. Not only that the makers are promoting the flick very effectively. Hero Arya Gowra and director Deepika visited an orphanage and spent some time with the children.

Hero Aryan Gowra opined that visiting an orphanage should become a promotional activity for all the filmmakers as it is useful for the movie as well as the orphanage. It is a win-win situation.