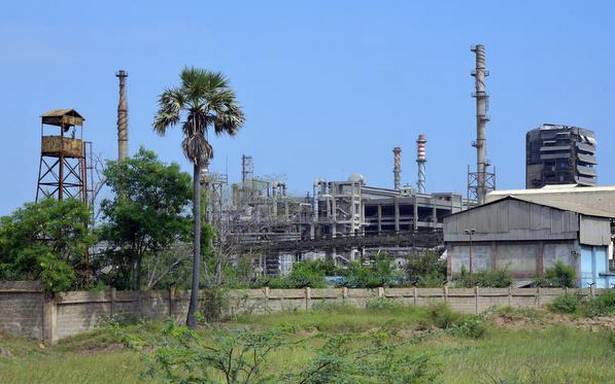 In view of the Supreme Court’s directions, the Tamil Nadu government has granted permission to operate the oxygen plants temporarily inside the premises of M/s. Vedanta Limited in Thoothukudi “strictly until July 31, 2021.”

Two government orders to this effect and an official communication to authorities were issued by the State government on Thursday.

The State government has also constituted a seven-member monitoring committee to be headed by the Thoothukudi District Collector to supervise the functions of the oxygen plants in M/s. Vedanta Industries Limited in Thoothukudi and to decide its operation, following the Supreme Court’s directions in this regard.

It also directed the chairperson of the Tamil Nadu Pollution Control Board (TNPCB) to take appropriate action as per the Act/ rules/guidelines in force. The TNPCB chairperson was also directed to ensure that other than the oxygen plants and its accessories, no other part of the unit becomes operational and all other units remains closed under all circumstances.

“The oxygen plant shall be run and managed by M/s. Vedanta Industries Limited as per the directions issued by the Monitoring Committee and in compliance with environmental and safety norms,” the G.O. issued by Environment and Forests Secretary Sandeep Saxena said.

The panel would also oversee the proper functioning of the oxygen plant in compliance with the directions of the Supreme Court. The panel has also been empowered to decide on the number of persons to be permitted within the premises of the plant for the purpose only of managing and conducting the oxygen production facility and to engage with the residents of the area to redress any legitimate concerns with regard to the nature or modalities for operating the oxygen plant on a stand-alone basis.

It would also conduct a safety audit before the commencement of operations and would issue suitable directions to ensure the safety of operations. The Chairperson of the Monitoring Committee was also directed to send a fortnightly report in this regard to the government.

In a communication to several authorities concerned, Mr. Saxena enclosed a copy of the Supreme Court interim directions in this regard and directed them to sensitise officials to comply with the directions of the apex court and to expedite necessary clearances as per rules.