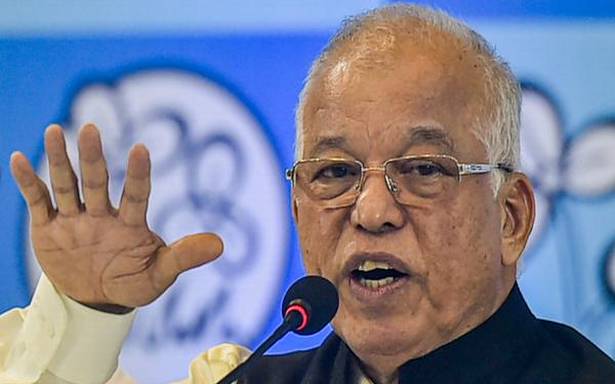 “We are extremely pleased to nominate @luizinhofaleiro to the Upper House of Parliament. We are confident that his efforts towards serving the nation shall be appreciated widely by our people!,” the party tweeted from its official handle.

Election to a Rajya Sabha seat from West Bengal is scheduled on November 29. TMC MP Arpita Ghosh tendered her resignation from the Upper House on September 15, and the seat has been vacant ever since.

Mr. Faleiro is likely to file his nomination in the West Bengal Assembly next week. The former Congress leader joined the TMC on September 29 and was later appointed vice-president of the party.

The nomination of a leader from Goa to the Upper House by the West Bengal’s ruling party comes at a time when it is trying to extend its footprint in the western coastal State.

TMC chairperson and West Bengal Chief Minister Mamata Banerjee visited Goa in October and held a series of public events. The Assembly poll in Goa will be held in 2022 and the TMC wants to project itself as an alternative to the BJP. The TMC has ruled out any pre-poll alliance in the western State.

The party has also nominated Sushmita Dev, former Congress MP who joined the TMC recently. Ms. Dev is actively involved in the TMC’s campaign in Tripura, which is likely to go to the polls in 2023.