Hundreds of thousands in Tigray are facing famine, and millions more are at risk, UN agencies have said. The Ethiopian government has rejected the accusations, and claimed that the food shortages were not severe. 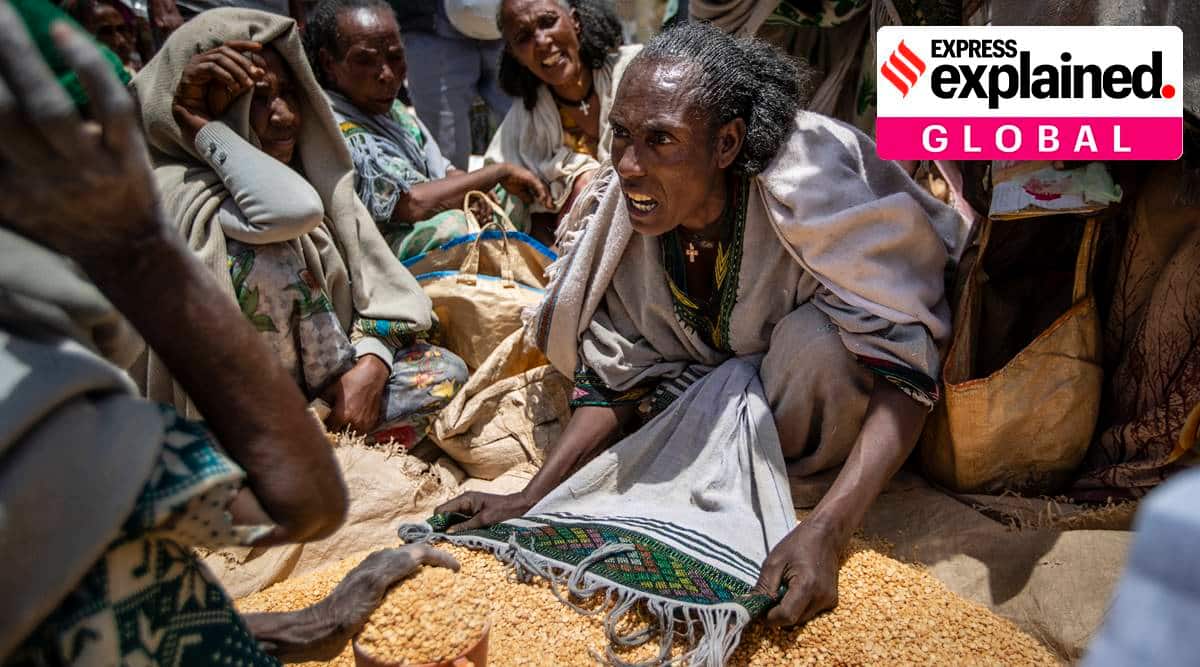 The conflict that began between Ethiopia’s federal government and the ruling party in the Tigray region in the country’s north last September has since blown up into a full scale crisis in the Horn of Africa. Now, hundreds of thousands in Tigray are facing famine, and millions more are at risk, UN agencies have said.

In November, local government officials in Tigray had told Reuters that some 2.2 million people had been displaced by the fighting and many forced to flee to neighbouring countries. Although Ethiopia’s federal National Disaster Risk Management Commission disputed the number of displaced people, independent observers had agreed that it was exceptionally high.

Reports have emerged of sexual violence against girls and women in the region. In April, the UN said investigations by news organisations and independent observers had revealed that sexual violence was being used as a “weapon of war”.

This week, UN emergency relief coordinator Mark Lowcock said Tigray was now also witnessing widespread famine. The term ‘famine’ was used after the release on Thursday of an Integrated Food Security Phase Classification (IPC) analysis update, which uses a standardised scale originally developed by the UN, integrating “food security, nutrition, and livelihood information into a statement about the nature and severity of a crisis”. 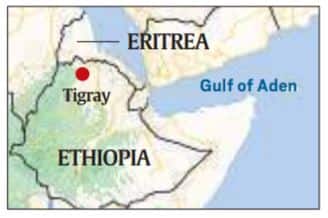 According to the IPC analysis, famine conditions in Tigray are in phase 5, which, according to a Reuters report, “starts with a catastrophe warning and rises to a declaration of famine in a region”. According to the IPC analysis, approximately 350,000 people out of Tigray’s 6 million population are experiencing famine. This was the result of several factors rooted in the ongoing military conflict. Eritrean forces who joined the conflict in support of Ethiopia’s PM Abiy Ahmed, have been accused of destroying property and burning crops.

In an interview to Reuters, Lowcock said Eritrean forces were “trying to deal with the Tigrayan population by starving them”, blocking supplies to over a million people. “Food is definitely being used as a weapon of war.”

The Ethiopian government has rejected the accusations, and claimed that the food shortages were not severe. Reuters quoted a government spokesperson as saying the comparisons with the terrible Ethiopian famines of 1984 and 1985 were incorrect, and “that (a repeat) is not going to happen”.

The government has insisted that food is being supplied to Tigray; a BBC report, however, said that even where rations have been provided, the quantities are insufficient. There have been reports of food aid being stolen by soldiers, including Eritrean troops.

Alex de Waal of the Fletcher School of Law and Diplomacy wrote in a BBC analysis that “Food security is fast deteriorating in the neighbouring regions of Amhara and Afar, as the ripples of the war and a deepening nationwide macro-economic crisis are disrupting livelihoods and deepening poverty. There are also warnings of escalating food needs in Sudan”.

De Waal pointed out that UNSC Resolution 2417 on armed conflict and hunger was passed three years ago to tackle crises like the ones being witnessed in the Horn of Africa. However, the UNSC is yet to hold a public session on the ongoing crisis, de Waal wrote.