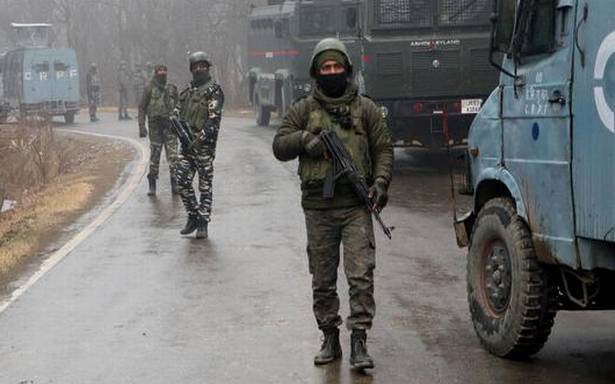 With this, the number of ultras killed in two gunfights in south Kashmir, which broke out on Wednesday night, has risen to six.

Three Jaish-e-Mohammad militants, including a Pakistani national, were killed in an overnight encounter with security forces in the Anantnag district of Jammu and Kashmir, police said on Thursday, December 30, 2021.

With this, the number of ultras killed in two gunfights in south Kashmir, which broke out on Wednesday night, has risen to six. In the Kulgam encounter, three militants were killed.

Upon receiving information about the presence of militants at Nowgam Shahabad in Anantnag district, security forces launched a cordon and search operation on Wednesday night, a police official said.

During the searches, the militants opened fire and the security forces retaliated, leading to an encounter, the official said.

In the exchange of fire, three militants were killed. A police personnel was also injured and he was shifted to a hospital, he added.

Inspector-General of Police, Kashmir, Vijay Kumar said the terrorists were affiliated with JeM and one of the slain militants was a Pakistani national.

"Six terrorists of proscribed terror outfit JeM killed in two separate encounters. Four among the killed terrorists have been identified so far as two Pakistani and two local terrorists. Identification of the other two terrorists is being ascertained. A big success for us," Kumar said in a tweet.

In the Kulgam encounter, a Pakistani national was among three militants who were killed. The other two were locals, the police said.