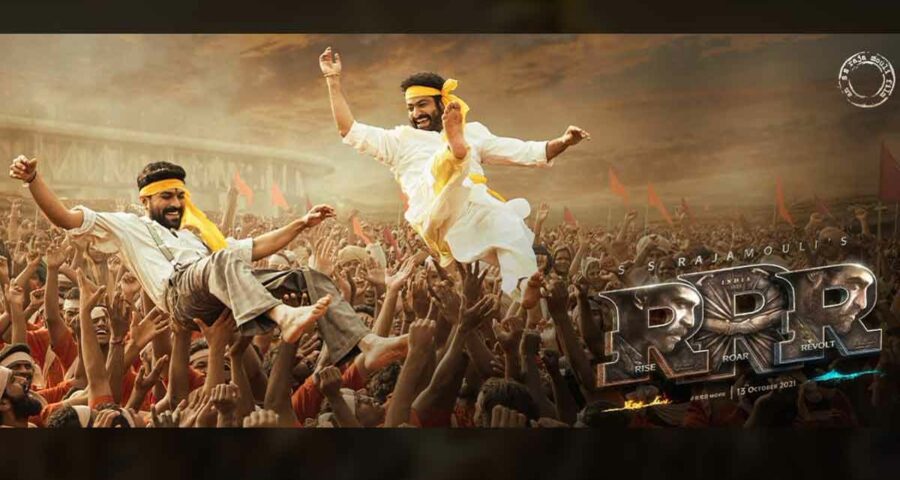 RRR helmed by ace filmmaker SS Rajamouli, starring Jr NTR and Ram Charan, is in the news ever since the film is announced.  Few weeks ago, the makers unveiled the look of Ajay Devgn after Alia Bhatt and Ram Charan, that went viral and grabbed several eyeballs. The sources close to the makers of RRR revealed that DVV Danayya’ production venture is loaded with many jaw dropping patriotic and emotional sequences that will touch the hearts of the movie lovers. One among such emotional sequence  in RRR was shot on  Mega Power Star Ram Charan and  Jr NTR who happen to meet in a prison.

Alia Bhatt is playing Sita and love interest of Ram Charan whereas Irish beauty Olivia Morris is seen opposite Jr NTR in RRR which also has Ajay Devgn, Shriya Saran and others in the crucial roles.  Tanhaji fame Ajay Devgn is essaying the role of a leader who fights the colonial regime.

The reports are coming that the makers of RRR are planning to postpone the release due to the second wave of Coronavirus. It is being heard that makers are planning for early release in 2022, that is, RRR might hit the theatres on the occasion of  Makar Sankranti if the  Coronavirus pandemic situation is under control.