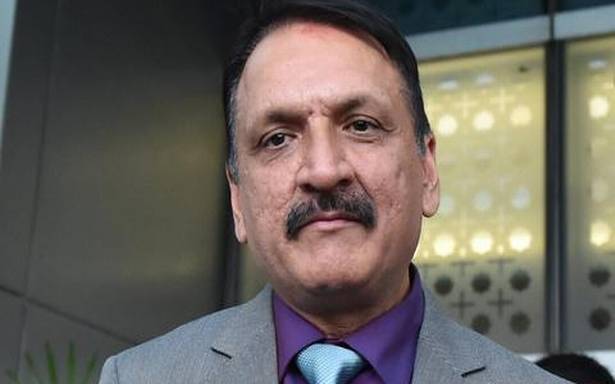 Mr. Mahat blamed the previous government of Prime Minister KP Sharma Oli for not holding dialogue on this issue with India, and said the Nepali Congress (NC), which is leading the current coalition government steered by Prime Minister Sher Bahadur Deuba, is interested for a national consultation on amending the constitution to reflect Nepal’s Hindu identity.

“There is general consensus or common understanding across political parties over Kalapani. But we are confident that the territorial dispute can be solved through dialogue,” said Mr. Mahat who is here leading a team of NC leaders to sustain conversation between India and Nepal.

Mr. Deuba replaced Mr. Oli in July after the Supreme Court dismissed Mr. Oli’s government for decisions that violated the constitution of Nepal. India-Nepal relations were disturbed during 2020 because of Mr. Oli’s decision to include the Kalapani region in the map of Nepal but Mr. Mahat’s comments show that Kathmandu’s position on the dispute has remained unaffected by the change of government.

Mr. Mahat met External Affairs Minister S. Jaishankar and BJP Foreign Affairs Cell’s head Vijay Chauthaiwale. After meeting Uttar Pradesh Chief Minister Adityanath, Mr. Mahat told The Hindu from Lucknow that Mr. Oli exploited the Kalapani dispute for his political gains. “We can resolve whatever issues are there like the Kalapani problem or the border issues. Faithful discussion can resolve such things. At least we can start discussing these outstanding issues.”

The visit of the Mahat-led delegation is aimed at building closer working relations between the ruling parties. Leading figures from the NC and the BJP have been discussing issues related to the constitution of Nepal which was adopted in 2015.

Mr. Mahat indicated that Nepal’s cultural identity is also under discussion with the Indian side. “Nepal led by strong nationalism is a good thing that will help India. This is what Chief Minister Yogi Adityanath told me.” He said the NC is in favour of a wider discussion on its national religious identity.

Rooted in Hinduism and Buddhism

“Nepal is overwhelmingly Hindu and its identity is rooted in Hinduism and Buddhism and there is no way that we can distance ourselves from these interconnected and ancient philosophies,” said Mr. Mahat informing that there is a serious discussion within NC on this issue.

A section of the NC led by Shashank Koirala has been vocal about the need to declare the country as a Hindu state. Mr. Mahat said Nepal’s 2015 constitution also took note of its ancient traditions and asked the state to protect “sanatana dharma”. “But the constitution did not mention the cultural identity clearly and therefore we have to develop a strong discussion within Nepal on how we can include that in it.”

Indian officials and the visiting team also discussed the possibility of high-level visits and it is understood that such a visit is expected to take place soon. Mr. Deuba’s Government is meant to remain in power till Nepal holds the general election in 2022 that Mr. Mahat hinted could be advanced. “I personally want an early election and we are confident that the Nepali Congress will get a majority in the election. Taking decisions and formulating policies will be easier with our own majority,” said Mr. Mahat.