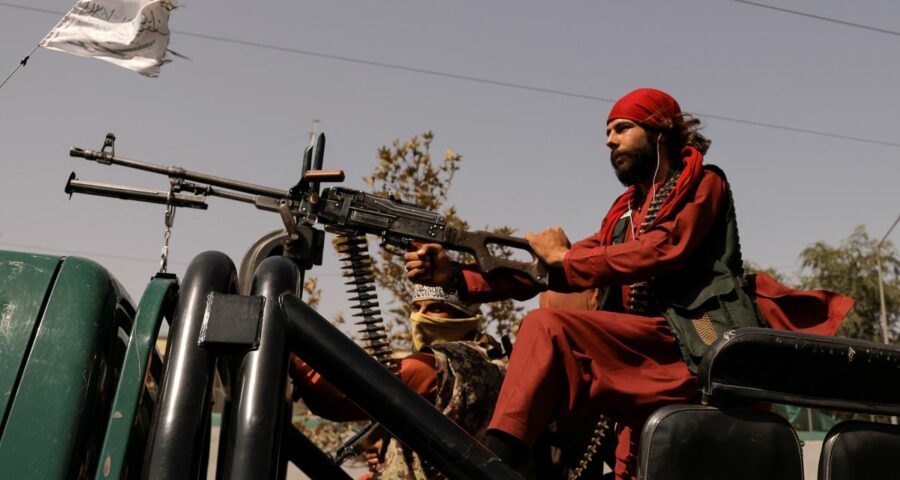 There is no better way to address the security threat emanating from ISIS and other terrorist groups in Afghanistan than by co-opting the Taliban, asserts Ambassador M K Bhadrakumar.

While India’s External Affairs Minister S. Jaishankar is doing a masterly job to canvass support for the Biden administration’s project to delay any constructive engagement with the Taliban government in Kabul by the international community until Washington gets its act together, on a parallel track, the Anglo-American axis has been working systematically to re-engage the Taliban.

In this connection, the overnight trip by UK Minister for the Armed Forces James Heappey to Uzbekistan on September 21-22 was actually a working visit to put in place the logistics for a sustainable engagement with the Taliban government.

US Deputy Secretary of State Wendy Sherman swiftly followed it up this week in Tashkent.

Heappey made a ‘field trip’ to Termez where a massive Soviet era air base is located (from where the Soviet invasion of Afghanistan was staged in 1980.)

The intention seems to have been to assess the possible use of Termez to open a ‘humanitarian corridor’ towards Afghanistan.

There is a huge groundswell of opinion in the world community, repeatedly highlighted by the UN agencies and Secretary-General Antonio Guterres in recent weeks, that a humanitarian catastrophe is unfolding in real time in Afghanistan.

For the Biden administration, which is already badly wounded by the clumsy evacuation at Kabul airport, this looming humanitarian crisis has the explosive potential to damage its reputation further.

Suffice to say, the US and the UK are positioning themselves to spearhead a humanitarian aid programme that in political terms would also inevitably open the pathway to their engagement with the Taliban government.

The idea is to ‘normalise’ the relations with the Taliban at a working level and build mutual trust to a point from where formal diplomatic recognition of the government in Kabul can follow as a logical step sooner rather than later.

Interestingly, there are some indications already that the Biden administration is distancing itself from the previous Afghan ambassador in Washington Adela Raz who was appointed by the Ashraf Ghani government. Fundamentally, Washington and London have decided that it is possible to do business with the Taliban government.

At the root of this is their strategic assessment that there is no better way to address the security threat emanating from ISIS and other terrorist groups present in Afghanistan than by co-opting the Taliban government, given the fact that the Taliban and ISIS are mortal enemies of each other.

At the weekend, the Taliban destroyed a major ISIS hideout in Charikar town to the north of Kabul.

Second, any independent counter-terrorist operations by the US or the UK on Afghan soil will be firmly opposed by the Taliban as an attack on their country’s sovereignty and territorial integrity.

That is to say, the US and the UK would risk getting entangled in a confrontation with the Taliban, which is not only futile but can be counterproductive as it could destabilise Afghanistan and create conducive ground for ISIS to exploit.

Third, the fact of the matter is that the Taliban is a known entity for Western intelligence agencies over the past many years, and rhetoric apart, Western capitals have a positive impression about the Taliban’s pragmatic outlook and their eagerness to integrate into the western world. 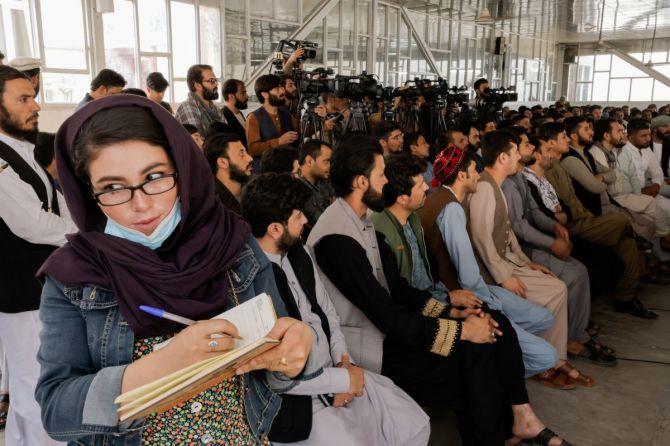 Of course, Western experts do not share the one-dimensional view of the Taliban that the Indian establishment propagates, namely, that they are a mere Pakistani proxy without an Afghan identity of their own.

Fourth, the Western assessment is that it is unwise to let the Taliban become utterly dependent on the regional States surrounding Afghanistan — Russia, China, Iran and Pakistan — in the prevailing international climate of big power rivalry in new cold war conditions.

Fifth, while the esoteric of ‘Afghan resistance’ is intoxicating to the uninformed mind, the cold professional assessment in knowledgable quarters is that the Taliban rule in Afghanistan is a compelling reality that cannot be ignored and the regime is consolidating in that country.

Other thanks the maverick leadership in Tajikistan, no one thinks that the Taliban government is in any danger of being overthrown.

That is to say, realistically speaking, there is no alternative to doing business with the Taliban government, and the earlier the contacts in such a direction are initiated, the more productive it will be for both sides.

The spectre of refugee flow from Afghanistan is indeed haunting the Western world.

All these multiple considerations have prompted the visit by the UK prime minister’s special representative on Afghanistan Sir Simon Gass (concurrently the chairman of the UK Joint Intelligence Committee and formerly British ambassador to Iran) to Kabul earlier today to make the first direct contact with the Taliban government.

Sir Simon was accompanied by Martin Longden, the charges d’affaires in the British embassy in Kabul (which is now relocated to Doha).

The British side later tweeted that Sir Simon had ‘serious and substantial discussions with the Taliban leadership. A wide range of issues covered — including the humanitarian crisis, terrorism, the importance of safe passage for UK & Afghan nationals, and rights of women and girls.’ 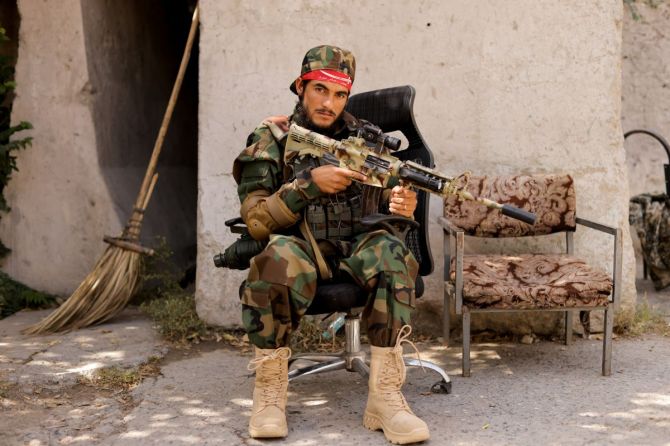 Conceivably, a reopening of the UK embassy in a near future — or some form of British presence in Kabul — cannot be ruled out.

There is no gainsaying the fact that as often in modern history, the US and the UK are moving in tandem.

Presidents and prime ministers come and go but their ‘special relationship’ is alive and thriving!

Without doubt, Sir Simon’s mission had the full backing of the Biden administration.

With Sir Simon flying into Kabul, the first move in the new great game begins in Afghanistan as a template of the so-called ‘strategic competition’ — to borrow the expression from the Biden administration — involving the US, Russia and China.

This audacious British move cutting through the shibboleths of vitriolic rhetoric over the DNA of the Afghan Taliban would have taken Moscow and Beijing by surprise.

It is a stark warning that the war in Afghanistan has only mutated into a newer form of the great game.

Only yesterday, there were rumours swirling in the Kremlin media that Chinese planes had landed at Bagram air base.