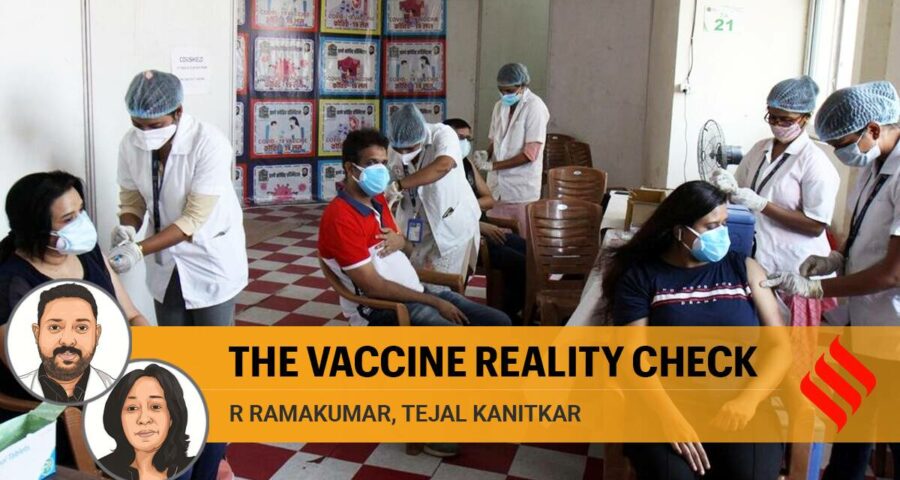 The immunisation mission is marked by four features of failure: poor coverage, mismatch between targets and availability, geographical disparities in coverage, and bleak prospects for the future. 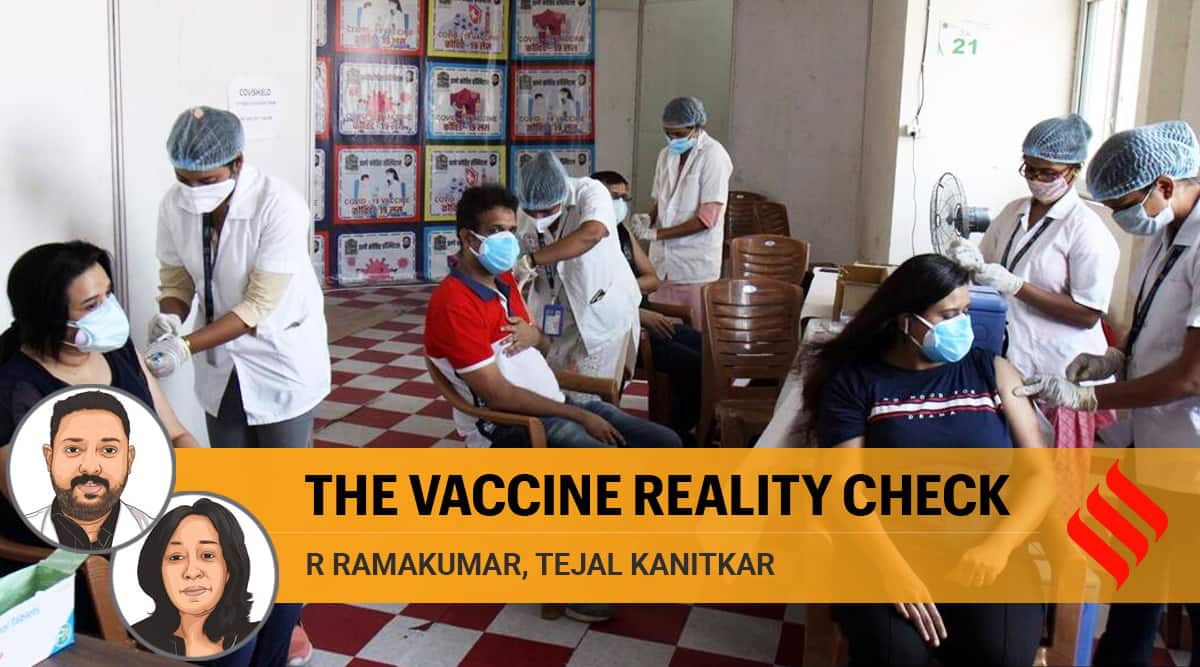 When India began its vaccination drive in January this year, it was widely expected that the “pharmacy of the world” would be a global leader in vaccine coverage. However, four striking features of failure are evident till April: Poor coverage; mismatch between targets and availability; geographical disparities in coverage; and bleak prospects for the future.

Let us consider the population that received at least one dose. Across the three phases of vaccination (healthcare and frontline workers, followed by those above 60 years and those above 45 years) till April 30, India vaccinated 12.7 crore persons. The total number of eligible persons across these three phases was 28.6 crore. On April 30, about 44 per cent of the eligible population was at least partially vaccinated. However, this quantum translated to only 13.5 per cent of the population above 18 years and just 9.2 per cent of the total population. In contrast, in the United States (50.4 per cent), United Kingdom (43.3), Germany (26.7) and Brazil (13.7), a much higher fraction of the total population received at least one dose till April 30.

An acute shortage of vaccines was the primary reason for this decline. Given the intellectual property rights on vaccines and near-exclusive licenses for Serum Institute of India (SII) and Bharat Biotech (BB), India’s production capacity was only about 25.3 lakh doses per day in April. Even if we consider the projections of capacity rise in May to 38 lakh doses per day, India’s vaccine availability per day would be lower than the number of doses administered on April 7. This indicates a more severe constraint on vaccine supplies than the capacity to administer vaccines.

The formula used by the Union government to apportion vaccines across states is not publicly available. Even if we assume that “performance” was a criterion, these variations do not make sense. For example, per 60-plus person in Phase 2, a best performer like Kerala received 0.3 doses, while Gujarat and Rajasthan received 0.6 to 0.7 doses per eligible person.

The existing inter-state disparities in vaccine distribution is likely to worsen with the GoI limiting its purchase to only 50 per cent after May 1. The rest would be directly purchased from vaccine companies by states and private hospitals. As a result, inter-state vaccine allocation would be drained of all social criteria and based solely on commercial considerations.

The primary constraint would be vaccine availability. A press statement of the GoI, dated May 3, tells us that the Centre will receive 18.4 crore doses from SII and BB over May, June and July, which amounts to 20 lakh doses per day. As a result, states and private hospitals together would have only 8-10 lakh doses per day left. States may even be left with less than 8 lakh doses per day if vaccine companies have external commitments and/or contracts with private hospitals. If so, availability for states is likely to be much less than 30 per cent of the total production. If there is intense competition between states over this small quantity, the already existing inter-state disparity may only exacerbate.

In sum, GoI’s grand claims on vaccination are weak on evidence. Its vaccination plans were flawed on multiple counts. It is still not late. In phase 4, it should retreat from commercialisation of vaccine policy; it should consider compulsory licensing and mass production of vaccines; it should procure the vaccines directly from manufacturers and provide these free of cost to states; and a transparent and socially desirable formula should be used to distribute vaccines to states.

This article first appeared in the print edition on May 6, 2021 under the title ‘Vaccine reality check’. Ramakumar is professor, TISS, Mumbai; Kanitkar is associate professor, NIAS, Bangalore