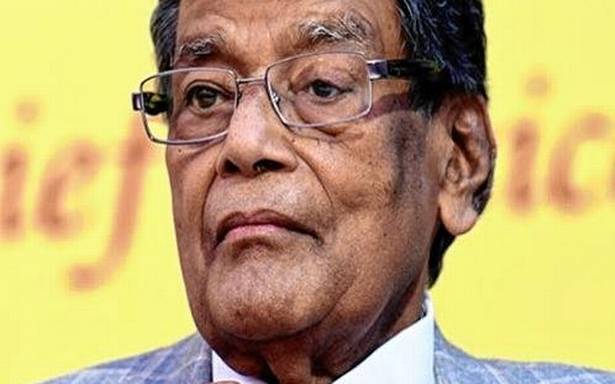 The 89-year-old top law officer of the government was appointed in July 2017 and received his first extension of term in 2020.

The government has extended the tenure of Attorney General K.K. Venugopal by a year.

Mr. Venugopal will continue as the government’s top law officer till June 30, 2022. This is the second time the Centre has extended his tenure. Mr. Venugopal, who was appointed Attorney General in July 2017, received his first extension of term in 2020.

Mr. Venugopal, who had served as Additional Solicitor General in the Morarji Desai government, is a doyen of the Supreme Court Bar and an authority in Constitutional Law.

He had recently represented the Union of India in a case which led to the cancellation of Class 12 exams due to the pandemic and the framing of an internal assessment scheme for the CBSE and the ICSE to evaluate the marks of students.

Mr. Venugopal would be at the helm of the government’s legal defence in several sensitive cases pending in the Supreme Court, which includes the challenge to the abrogation of Article 370 of the Constitution and the Citizenship Amendment Act.