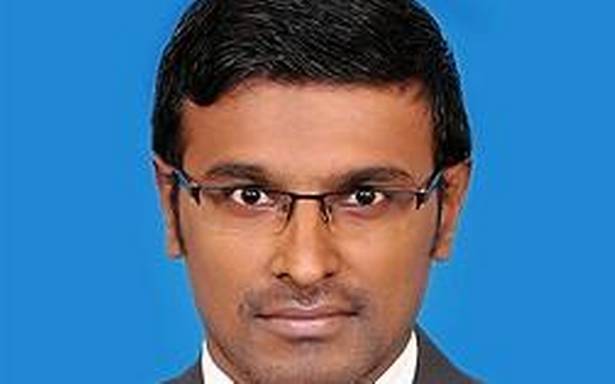 As expected, the ruling Telangana Rashtra Samithi (TRS) has announced the candidature of P. Venkata Rami Reddy, who quit as the district Collector of Siddipet, home district of Chief Minister K. Chandrasekhar Rao, among the six names finalised for as many vacancies in the MLAs’ quota in the Legislative Council.

A surprise pick is Banda Prakash a sitting member of Rajya Sabha, whose term is till April 2024. He belongs to the same backward classes’ community as that of former Minister Eatala Rajender, who got re-elected from Huzurabad recently on BJP ticket after being removed from the State Cabinet in May this year.

Mr. Prakash, a native of Warangal, is tipped to be included in the State Cabinet soon to fill the vacancy caused by Mr. Rajender’s removal.

Interestingly, party decided to name Kaushik Reddy among the six candidates despite the fact that the State Cabinet had unanimously recommended his name under the Governor’s quota to the Upper House in the Telangana Legislature. The file is still pending with the Governor, who had recently said she needs some more time to go through his nomination.

Election of all the six candidates is likely to be unopposed as no candidate from other parties have filed their papers so far as they have no sufficient strength in the Assembly to get a candidate elected. Tuesday is the last date for filing nomination papers and the date of polling, if required, is November 29.

The biennial election to the six MLC seats in the MLAs’ quota has been necessitated following retirement of Akula Lalitha, Mohammed Fareeduddin, G. Sukender Reddy, Nethi Vidyasagar, Bodakunti Venkateshwarlu and K. Srihari on June 6 this year on completing their term. However, the elections could not be held in time due to COVID-19 pandemic situation.

The TRS leadership did not pick four of the outgoing members, Ms. Lalitha, Mr. Fareeduddin, Mr. Vidyasagar and Mr. Venkateshwarlu for various political equations within the party but they still stand an opportunity in the Local Authorities’ Constituency (LAC) quota, election process for 12 seats of which has commenced on Tuesday with the issuance of notification.

The 12 seats would fall vacant on January 4 next with the sitting members completing their term. Besides the aspirants for MLC seats also stand a chance to fill the Rajya Sabha seat vacancy for the remaining term of Mr. Prakash and two more Rajya Sabha vacancies would arise from Telangana in June next year.