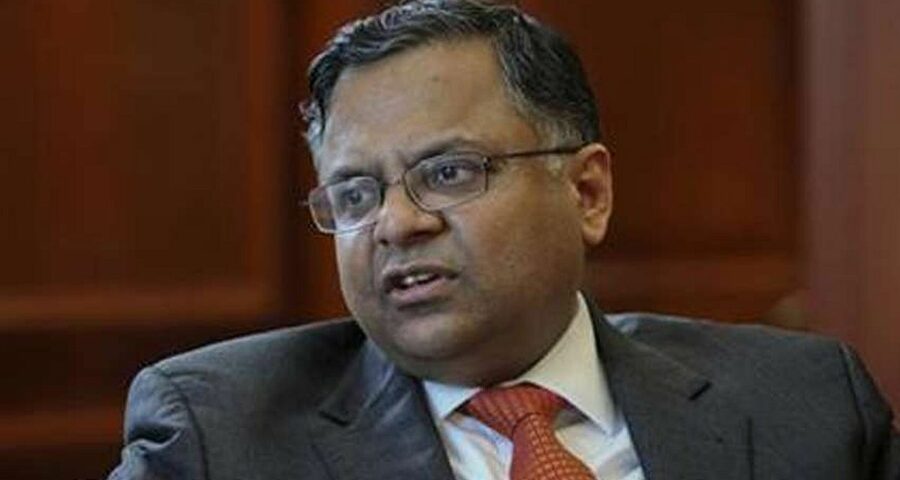 TCS has been among the top performing stock, with its m-cap having risen close to 2.5x since 2017 when N Chandrasekaran took charge as chairman of Tata Sons. Tata group companies have outperformed the broader market over the past four years, under the chairmanship of N Chandrasekaran.

However, the group’s fortunes rely heavily on the performance of Tata Consultancy Services (TCS) now, as compared to the past.

The combined market capitalisation of the group’s listed companies has nearly doubled in the last four years, against a 77 per cent rally in the benchmark Sensex during the period.

The overall market value of 16 key group firms — excluding listed subsidiaries of such entities — stood at Rs 16.8 trillion as of Friday.

This was close to 2x the Rs 8.45 trillion as of February 21, 2017 — the day Chandrasekaran took charge as chairman of Tata Sons.

Tata Sons’ outperformance has been, however, largely aided by the stellar show by Tata Consultancy Services (TCS) — the most valuable company in the group and also its cash cow.

TCS has been among the top performing stock, with its m-cap having risen close to 2.5x in the last four years.

The company accounted for 78 per cent of the incremental rise in the combined m-cap of Tata group firms, over the last four years.

Consequently, the group’s finances are even more dependent on TCS today, than four years ago.

Despite a strong rally in share prices of Tata Motors, Tata Steel, and Tata Consumer in recent months, their overall m-cap remains a fraction of TCS’.

The IT major’s dominance is largely the result of its disproportionate contribution to the group’s profitability.

Excluding TCS, the rest have reported net losses in the last three years.

Group firms Tata Motors and Tata Steel reported a sharp turnaround in profits during the December 2020 quarter (Q3FY21), but group companies as a whole reported a loss (excluding TCS).

Debt level of the group has also seen a steady rise since four years.

Net debt (gross debt minus cash and equivalent) on the books of firms (ex-TCS) has grown even faster since 2017.

The bigger problem for the group is that revenues failed to keep pace with the rise in financial liabilities.

Non-TCS firms reported combined revenues of Rs 5.2 trillion in FY20 — marginally up from Rs 4.9 trillion at the end of FY17.

Revenues are expected to decline further to Rs 4.6 trillion in FY21 if performance during the first nine months of FY21 is annualised.

Though the soft performance in FY21 could be attributed in part to the pandemic, the combined performance of non-TCS firms between FY17 and FY20 has not been inspiring.

Tata Steel, Tata Motors, and Tata Power — the group’s most indebted companies — have announced plans to deleverage their balance sheets. However, analysts expect this to be a long-drawn out process.

These companies will require a run of high profitability for years in succession, something that cannot be taken for granted given the growth drought that the economy is faced with.

The group’s fortunes are, therefore, likely to continue revolving around TCS.