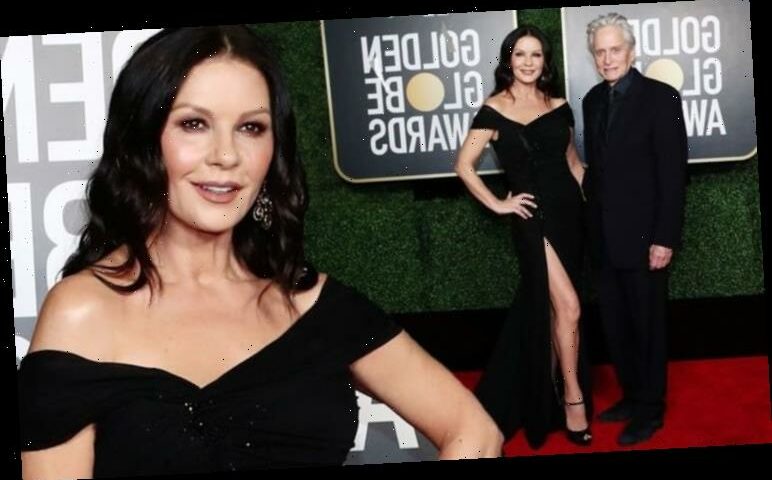 Catherine Zeta Jones arrived at the Golden Globes in New York in an incredible off-the-shoulder black gown. The 51-year-old put on an extremely leggy display in the floor length number, which featured a daring thigh-high split.

The mum-of-two, a previous Golden Globe nominee herself, wore her dark tresses loose in waves and emphasised her natural good looks with glamorous make-up.

Catherine wowed on the red carpet alongside her husband of over 20 years, Michael Douglas. 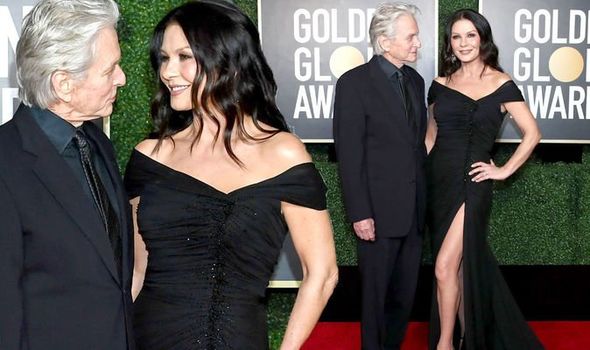 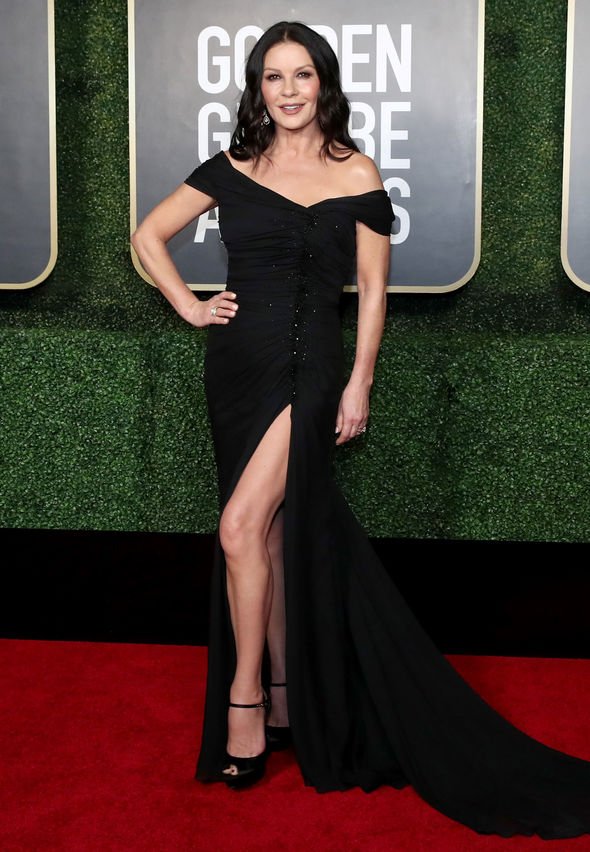 The 76-year-old looked dapper in a dark suit with a chic black shirt and tie, which perfectly coordinated with his wife.

The couple attended the prestigious award ceremony to present the Best Director gong.

They took to the stage at The Rainbow Room to dish out the accolade to Chloé Zhao for the film Nomadland. 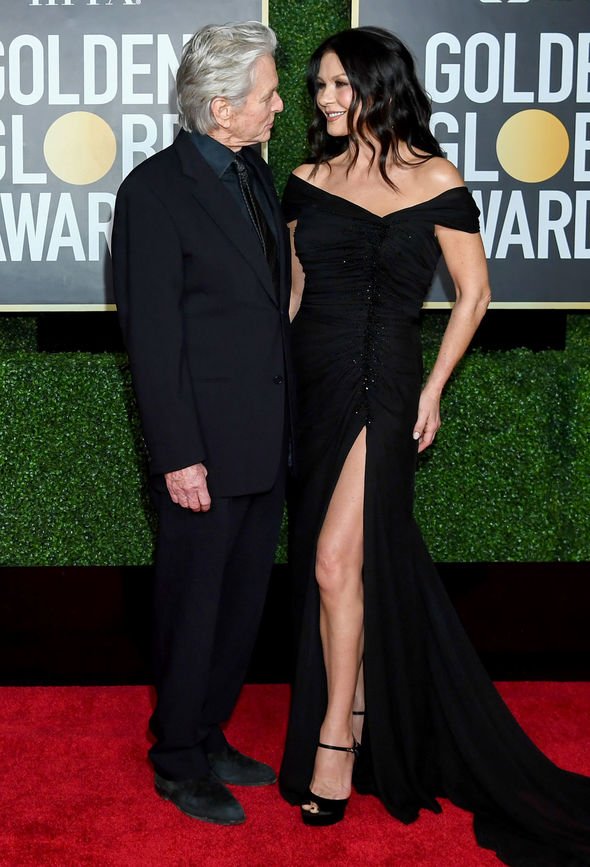 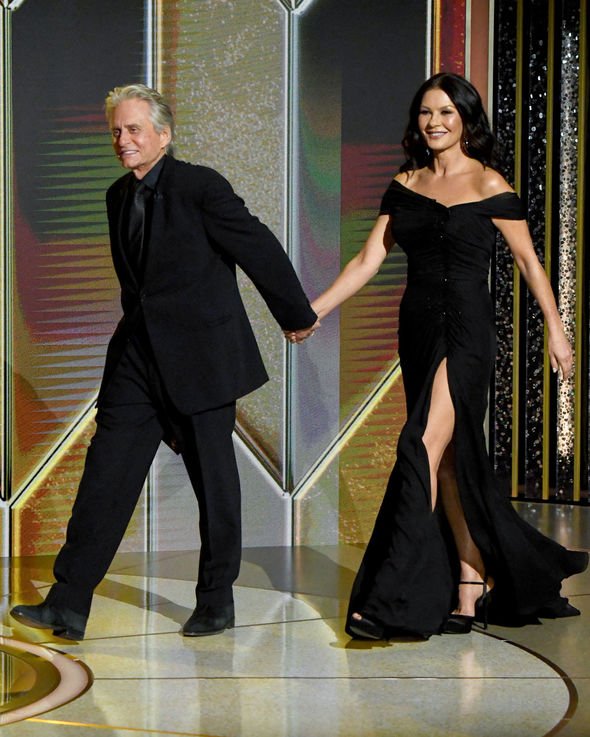 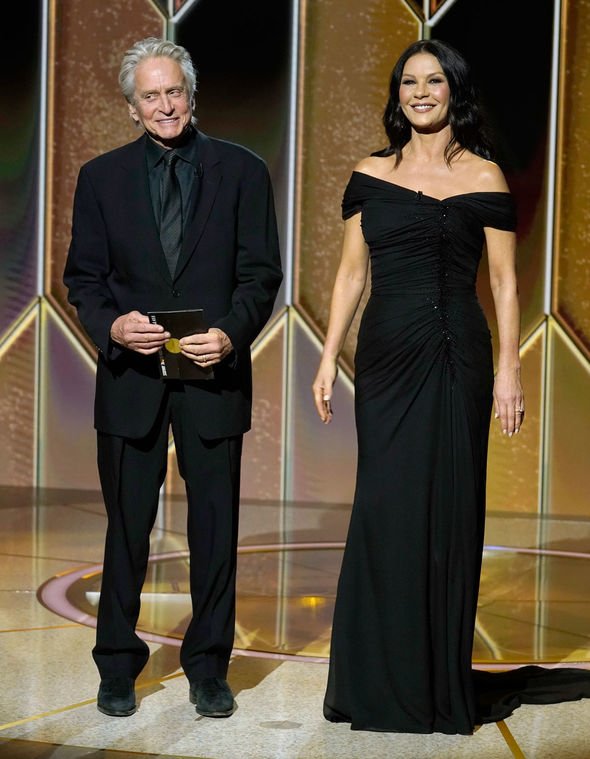 During the event, Catherine took to social media to give fans a backstage look at the event.

She could be seen in the press room with her spouse moments before going on stage.

“Back stage at this year’s Golden Globes,” she captioned a short video which she shared with her 3.6 million followers.

“Here we are at the Golden Globes. A little different but we are here. Keep watching we’re coming up,” she said in the footage.

Andra Day scooped the Best Actress accolade for her part in The United States vs. Billie Holiday.

Netflix smash hit, The Queen’s Gambit was awarded Best Limited Series, Anthology Series or a Motion Picture made for Television.

The Oscar-Winning actress has herself been nominated two Golden Globes during her acting career.

In 2001, she was nominated for Best Supporting Actress for her role in Traffic, a film which also starred her husband.

Two years later, she was nominated for Best Actress in Picture Musical or Comedy for Chicago.

It was her portrayal of Velma Kelly that won her the Academy Award the same year.

Her husband on the other hand has won five Golden Globes.

Most recently, in 2019 he won the Best Actor in a Musical or Comedy TV series for his role in The Kominsky Method.