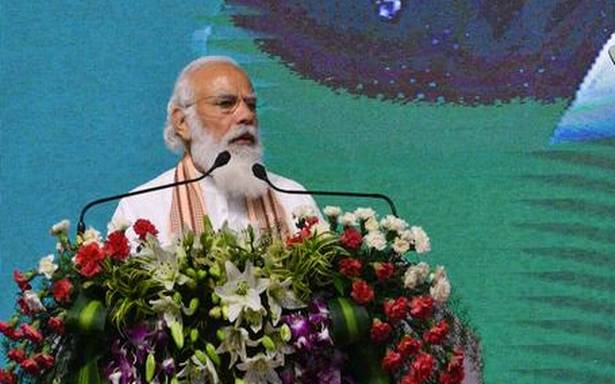 Thousands of BJP cadre from Coimbatore and Tiruppur districts are expected to participate in the public meeting.

With Prime Minister Narendra Modi scheduled to visit Dharapuram in Tiruppur district to attend a BJP public meeting on March 30, the party has begun works to prepare the ground where the meeting would be held.

Party sources said on Thursday that the ground is located on Udumalpet Main Road about three kilometers from Dharapuram. A helipad will be set up close to the ground where Mr. Modi’s chopper would land. Thousands of BJP cadre from Coimbatore and Tiruppur districts are expected to participate in the public meeting.

Sources in Tiruppur District Police said that the security arrangements for the Prime Minister’s visit will likely be finalised by Friday.