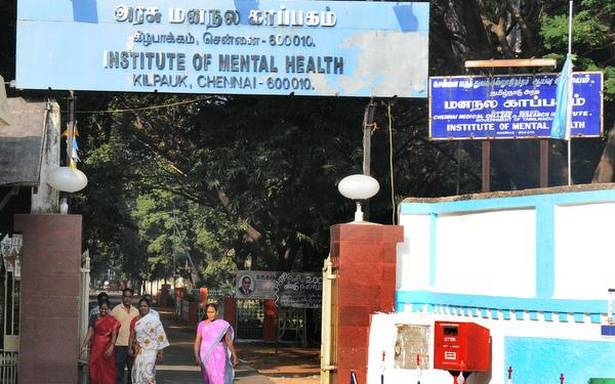 Awareness programmes about voting rights will be held

After creating history in 2019 by enabling 156 of its residents to vote in the Lok Sabha poll, the Institute of Mental Health (IMH) is gearing up for the coming Assembly election. This time, doctors of the IMH have identified 97 voters on the campus.

“Many of them are enthusiastic about voting and are looking forward to polling day. Being in an institute, we made history in 2019. Voting will make them feel empowered. This is because they will understand that their vote will make a difference. Being able to vote in itself is a big boost for many of them,” said P. Poorna Chandrika, director of the IMH, said. A total of 63 men and 34 women, who had voter’s identity cards, were identified. In 2019, doctors of the institute assessed the residents, particularly those who had improved with treatment, to enrol them in the voters list.

In the meantime, the institute plans to hold awareness programmes for these residents.

“There will be at least two programmes. One will be held now and the second event closer to polling day. We, along with the Corporation, a college and an NGO, will create awareness among patients on the democratic right to vote, the voting process and the candidates contesting in this constituency — Villivakkam. Like the last time, there will be a demonstration using an electronic voting machine. By creating an environment for all of them, they will be able to understand it better,” she added.

A polling booth would be set up at the conference hall in the IMH to enable the residents to cast their votes, she said.