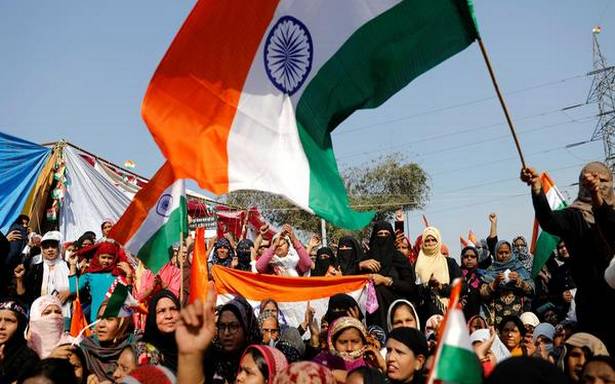 The Supreme Court refused to reconsider its judgment that the Shaheen Bagh protests, by a collective of mothers, children and senior citizens, against the Citizenship Amendment Act was inconvenient for commuters.

“The right to protest cannot be any time and everywhere. There may be some spontaneous protests but in case of prolonged dissent or protest, there cannot be continued occupation of public place affecting rights of others,” a three-judge Bench led by Justice Sanjay Kishan Kaul declined the review petitions.

The review hearing held in the judges’ chambers by circulation was published on Saturday.

The original judgment of October 7 last year declared the demonstrations and road blockades in the Shaheen Bagh area of the national capital as “unacceptable”.

The Review Bench, which comprised the same judges who delivered the original judgment, said they did not find any “error apparent warranting reconsideration” in their verdict.

“We have considered the earlier judicial pronouncements and recorded our opinion that the constitutional scheme comes with a right to protest and express dissent but with an obligation to have certain duties,” the review order reasoned.

On October 7, the court had concluded that protesters should express their dissent only in designated areas chosen by the administration. Right to dissent should not hamper right of movement of the public. Protests should not become a nuisance.

Though the judgment had upheld the right to peaceful protest against a law, it unequivocally made it clear that public ways and public spaces cannot be occupied, and that too indefinitely.

Fundamental rights do not live in isolation. The right of the protester has to be balanced with the right of the commuter. They have to co-exist in mutual respect, the court had explained in its judgment.

In the review petition, Kazi Fatima and 11 others said the protesters were not even heard by the court. The petitioners asked how the court could restrict expressions of dissent to certain designated areas.

“Restricting protests to designated areas upsets the very concept of dissent and protests… Protests are the only way for citizens in a democracy to show their dissent. Curb on this freedom leaves citizens with no report to voice their concerns,” the review petition had said.

The review petitioners had referred to how the “police have in the recent past acted arbitrarily by beating students and protesters”.

The observation made by the court in the judgment “clothes the police with an arbitrary discretion to attack any peaceful protesters”.

“This would lead to a situation wherein the administration would never engage in dialogue with protesters, but instead take action against them, including their prosecution,” the review petition had argued.