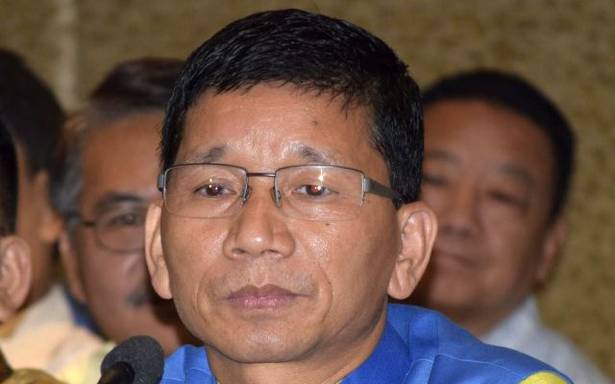 “You are not even aware of the stage of probe. How can a Article 32 petition be entertained here?” Justice Lalit asked advocate Siddharth Dave

The Supreme Court on April 29 refused an NGO’s plea to order a CBI probe into the death of Kalikho Pul, the former Chief Minister of Arunachal Pradesh, in August 2016.

“You are not even aware of the stage of probe. How can a Article 32 petition be entertained here?” Justice Lalit asked Mr. Dave.

“You made a representation a year later. You have no relationship with him… Either you withdraw or we will dismiss this petition,” Justice Lalit said.

Mr. Dave asked the Bench to give him liberty to approach the High Court.

“We will only say you can seek appropriate remedy as is open in law. We grant you liberty to withdraw the present plea,” Justice Lalit replied.

Justice Lalit said he was part of the Bench which had dealt with a letter, which was later converted into a judicial petition, written to the court by Pul’s widow in 2017.

Dangwimsai Pul had then wanted a fair probe into an alleged 60-page suicide note left by her husband. The note had blamed several political leaders and then Supreme Court judges. It had alleged corruption.

She, however withdrew her petition after she was given liberty to approach the President. The widow had at that point of time also written to then Vice-President Hamid Ansari for an independent probe by a Special Investigation Team (SIT) into the contents of her husband’s suicide note.

Mr. Dave on April 29 said nothing had happened after the widow had approached the President.

Pul had become the Chief Minister of Arunachal Pradesh in February 2016 with the help of rebel Congress leaders and the BJP.

However, a Constitution Bench quashed the President’s rule in the northeastern State, compelling Pul to step down as Chief Minister. On August 9, 2016, Pul was found dead.