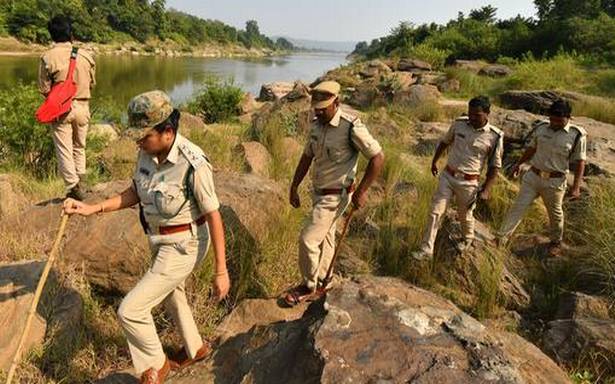 The Supreme Court on Friday urged the government to arm forest officers and provide them with bullet-proof vests and vehicles when told that India recorded the “greatest number of mortal fatalities” among forest officials in the world.

Also read: When poachers have more guns than forest officials

Appearing before a Bench led by Chief Justice of India Sharad A. Bobde, senior advocate Shyam Divan said India accounted for 30% of fatalities among forest rangers in the world.

Chief Justice Bobde said forest officials were up against a very powerful force.

“Proceeds of crime are in millions of dollars. This is an international crime. Recently, I was told that the pangolin skin trade extended to China because people believe they are good for certain things,” Chief Justice Bobde noted.

The court said the Centre should consider involving premier organisations such as the CBI to help the forest staff.

“There should even be a separate wing or wildlife division in the Enforcement Directorate with clean officials to track and investigate crimes of the poachers and the proceeds of their crimes… The amounts involved are huge and justify the formation of a separate wing by the ED,” Chief Justice Bobde addressed Solicitor General Tushar Mehta, for the Centre.

Chief Justice Bobde pointed out how forest rangers in Assam were armed and “no one dares come near them”.

He asked Maharashtra counsel Rahul Chitnis why forest officers in the State were not armed. Mr. Chitnis, however, insisted that they were.

“But why this unequal situation among forest officials from State to State? Forest officers have larger responsibilities than police officers in cities. They patrol large tracts of uninhabited forests. A forest guard is alone in his duty, unlike a police officer in a city who can call for back-up,” Chief Justice Bobde said.

Mr. Divan said forest officers brave enough to take action were faced with a counterblast when they were made accused in various criminal cases by powerful forces operating behind the poachers.

“Forest officers above a certain rank need arms for self-protection, bullet-proof vests, helmets and vehicles… the situation is serious. They are helpless and in danger, while poachers take undue advantage to carry out their nefarious activities. It is difficult to imagine how any law can be enforced by forest staff who are unarmed against heavily armed poachers,” Chief Justice Bobde said.

The court asked the Solicitor General, Mr. Rao and Shyam Divan to make a joint submission on the measures that could be adopted to protect the forest staff so they could perform their duty without fear. The court posted the case after four weeks.