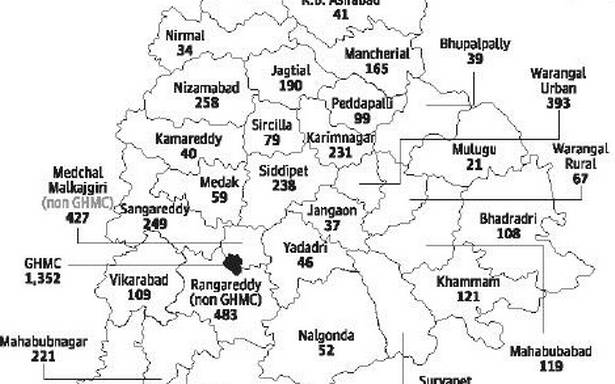 As has been the norm on weekends, the number of COVID-19 tests fell sharply on Sunday, leading to fewer cases being detected in the State.

Already, slack in testing has been observed post the Director of Public Health’s claims of “cases stabilising” in Telangana. From more than 1 lakh tests between April 8 and 24, just about 77,000 samples are being examined over the past few days.

Meanwhile, there was barely any let-up in the number of fatalities with 49 coronavirus patients succumbing to the infection on Sunday. Over the past six days, the daily death figures had stayed above 50, the all-time highest of 58 being recorded on April 28. The overall toll has reached 2,417.

Among the new infections, the maximum of 1,352 were detected in Greater Hyderabad Municipal Corporation region while Rangareddy posted 483 cases and Medchal-Malkajgiri 427.