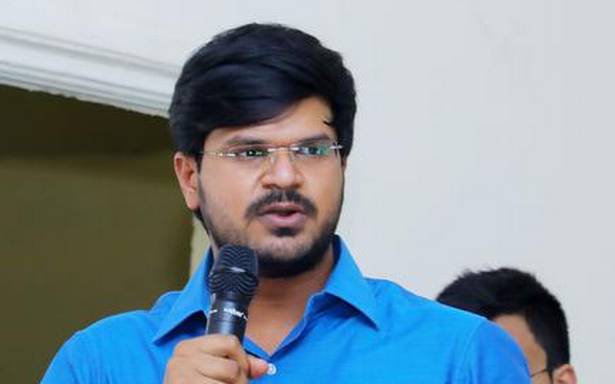 Interested can register their names through the distributed ledger technology based e-voting till October 18, say officials

Khammam, which bagged several awards for efficient conduct of elections in the past, is all set to host the dry run of the country’s first smartphone-based e-voting solution, an initiative of the Telagnana State Election Commission (TSEC) to build an e-voting facility for certain sections of electors, on a pilot basis on October 20, 2021.

This dry run will feature a “dummy” election using the cutting-edge technology, in which all the registered voters of the Khammam Municipal Corporation (KMC) limits can participate, according to KMC sources.

It forms the crux of the relentless efforts by the TSEC to harness cutting-edge technology to make elections more inclusive, accessible and voter-friendly for differently abled electors and certain other sections of voters.

The TSEC has collaborated with the Emerging Technologies Wing of the State IT Department and the Centre for Development of Advanced Computing (C-DAC) for implementing the pilot project in Khammam.

Khammam district secured the Telangana State Democracy Award for excelling in the conduct of the rural local body elections in 2019 and various other awards for vigorous implementation of voter awareness and enrolment drives with a thrust on young voters, women and differently abled electors.

In 2020, the then District Collector R. V. Karnan, (now the Collector of Karimnagar), bagged the State Best Electoral Practices Award-2020.

Meanwhile, the district authorities have drawn up a plan to publicise the “TSEC eVote” Android app to enable active participation of people from all sections of society in the dummy election (mock trial for e-voting) scheduled to be held on October 20.

Those interested can register their names through the Distributed Ledger Technology (DLT) based e-voting application till October 18, sources added.

Collector V. P. Gautham has designated two officers of the KMC to address the queries about the registration process for participating in the ensuing “dummy” election as part of the pilot project.

The Collector also asked the officials concerned to conduct meetings in educational institutions to spread awareness about the TSEC’s new initiative.