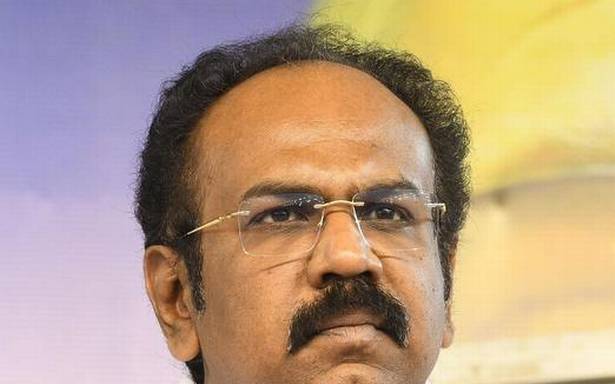 Steps on a war-footing to ensure the early operation of all defunct plants producing oxygen across Tamil Nadu for treating COVID-19 patients, Minister for Industries Thangam Thennarasu has said.

Speaking to reporters after inspecting a defunct oxygen generating unit in the SIPCOT Industrial Complex in Gangaikondan, Tirunelveli, on Friday, Mr. Thennarasu said he and District Collector V. Vishnu had held talks with the authorities of the plant which stopped oxygen production in 2014 itself for various reasons. The government had promised them to extend all help to resume oxygen production on an early note.

Sub-Collector, Tirunelveli, had been entrusted with the job of coordinating with officials of the plant, having the capacity of generating 2.50 tonnes of oxygen a day, to facilitate the early production of the life-saving gas.

“Following instructions from the Chief Minister, steps have been taken to ensure the production of oxygen from every possible source even though some of these units are not functioning now. We will facilitate the early operation of these plants so that we can supply oxygen to the patients,” Mr. Thennarasu said.

Instead of producing oxygen that was stopped in 2014, the plant is now bottling the gas in cylinders after getting it from various sources. Since the plant had stocked good number of oxygen cylinders when the Minister and the Collector descended on its premises, they asked the plant authorities to rush the cylinders immediately to the Tirunelveli Medical College Hospital which has now put on 940 critically ill COVID-19 patients on oxygen support.

Mr. Thennarasu, after inspecting the ongoing anti-COVID-19 operations, inaugurated the COVID testing and the Care Centre at Gandhimathi School near Tirunelveli Medical College Hospital with 100 beds.

On the technical glitch that has hit oxygen production in the Sterlite Copper’s plant, the minister said the technicians were on the job to ensure early restoration of oxygen generation.