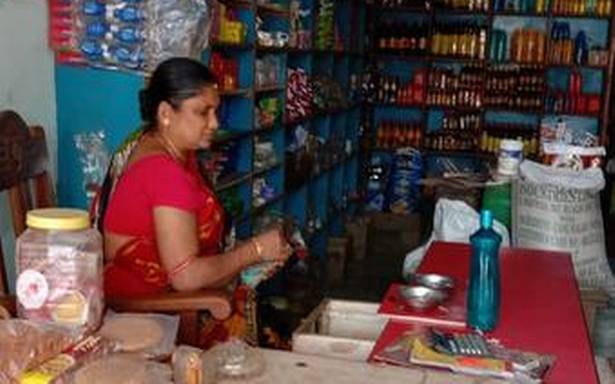 The family from Ganjam in Odisha, lost four bread winners to COVID in 2020

As a second wave of COVID sweeps through the country, a family in remote Angargaon in Odisha is haunted by the tragedy that the virus visited on them last year.

The Sahu family in Ganjam district had little notice of the disease that was to wipe out an entire generation — four brothers who fell victim to the coronavirus, three within days of each other.

In the months that followed the women forged bonds to help each other through the devastating time. Sujata Sahu, Kama Sahu, and Truptimayee Sahu and other women members of the family, however, have little safeguards this time round either. They continuously pray that nothing happens to them this time.

“What else could the epidemic have snatched from us? All our earning male members succumbed to coronavirus one after another. Though the tsunami of grief left family members shattered, we cannot afford to stay indoors now,” says Sujata, whose husband Krushnachandra was the first victim of the virus.

Youngest of five sons of Mohanta Sahu, Krushnachandra, 42, a grocer, first complained of continuous fever in the second week of July, 2020. With Ganjam district emerging as a COVID hotspot, he had gone to Khalikote for a RT-PCR test. However, before the result came, his condition deteriorated and he died on July 14 while on his way to Bhubaneswar.

Around this time, his immediate elder brother, Mangaraj, 45, who ran a medicine store, had started experiencing uneasiness. As with Krushnachandra, he died on July 16 before he was admitted for full-fledged treatment.

Tragedy continued to stalk the family. Their elder brother, Basudev, 48, who ran a business renting out buses and tractors, was next to fall victim. He died on July 18, two days after his younger brother died.

The death of the brothers had created panic in Angargaon village forcing the administration to conduct special COVID-19 testing for the family members.

“Eight members of our family had tested positive and were sent to a quarantine centre immediately. The situation had gone from bad to worse. Even rituals associated with death for my uncles could not be performed as per custom as my aunts were in quarantine,” recalled Santos Sahu, 34, nephew of deceased and the only one left in the village to take care of the big family.

And just when everything appeared to be settling down, COVID-19 struck again. The eldest Sahu brother, Dhabaleswar, 60, who was also running a grocery shop, developed similar symptoms and tested positive. He died in September. Two years ago, Bhikari Sahu, second of the five siblings, had died of a kidney ailment.

Women are rarely seen managing businesses in villages. However, after the deaths of the Sahu brothers, their grocery shops are now managed by their wives while Mangaraj’s eldest daughter has dropped out of nursing studies to run the drug store in Angargaon.

“We know the second wave is much more dangerous than the first one. But if we do not come out of our house to manage businesses, the food insecurity will kill us before the second wave of COVID-19 does,” said Truptimayee, who helps manage the drug store.

The deaths in quick succession of the breadwinners has meant that children have been pulled out of expensive private schools; some have joined the local village school.

“We are taking all precautions to stay away from the COVID-19. Children, who were scared after their fathers’ deaths last year, have learnt the lesson hard way. We hope to remain untouched by the second wave,” said Kama Sahu, wife of Dhabaleswar.