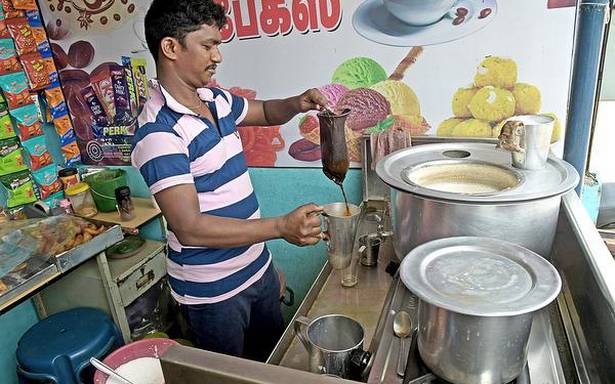 ‘We are fighting for three generations to get the certificate’

For 24-year-old S. Suresh of Kadambur, who works in a tea shop, his dream of pursuing his education after Plus-Two did not materialise as he was denied a ST community certificate for a mistake that he did not commit.

About 32,500 Malayali tribal community people living in Kadambur Hills in Sathyamangalam Taluk and Bargur Hills in Anthiyur Taluk were categorised under Other Caste list, while their counterparts in Dharmapuri, Pudukottai, Tiruchi, Shevaroyan Hills in Salem and Kolli Hills in Namakkal were categorised under Scheduled Tribe. Hence, they are denied reservation in educational institutions, government jobs and also welfare measures provided by the government.

When Coimbatore was bifurcated in 1979, Sathyamangalam was demarcated under Erode district. Anthiyur Taluk was formed in 2012 under Erode district. “But tribal people in the two hills were not notified, while tribes in other districts were notified as ST by the Scheduled Castes and Scheduled Tribes Order, 1956,” said S. Mohan Kumar, District Coordinator, Tamil Nadu Tribal People Association.

Based on the recommendations of the Tribal Research Centre in The Nilgiris, the State government had recommended the Central government to include the tribal community in Erode district in the ST list. But a Constitution (Scheduled Castes and Scheduled Tribes), Orders (Amendment) Bill, 2016, was introduced by the Ministry of Tribal Affairs in Lok Sabha that amends the Malayali community as Malayali Gounder community as ST in Tamil Nadu. Since the bill lapsed, the Centre again asked the State to submit a recommendation, he added.

After Plus Two, students have to seek admission in colleges in the plains, but were denied accommodation in hostels run for STs. M.K. Subramani (40), a first-generation graduate from Malliamman Durgham, a remote hamlet in Kadambur, said that in the absence of ST certificates, they cannot apply for government jobs and hence most of the youths become daily wagers.

“We are fighting for three generations to get ST certificate, but nothing happened so far,” he said and added that they remain socially and economically backward in all these years. Inclusion in ST list can only be notified by the Parliament and the future of the tribes depends on how fast it is done, said Mr. Mohan Kumar.