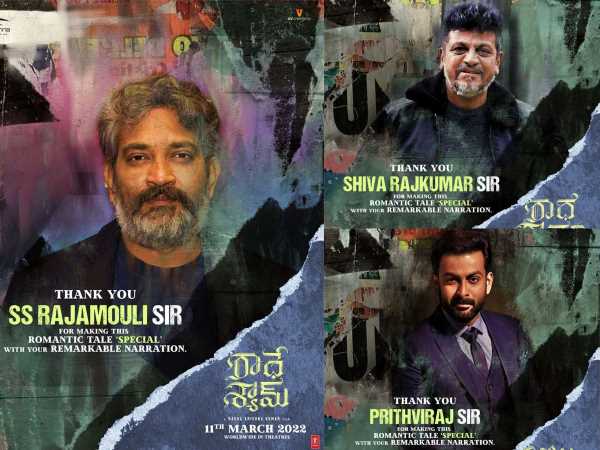 Young Rebel star  Prabhas emerged as a global sensation with the Baahubali saga, consolidated his standing with action and thriller drama Saaho. The positive response to these movies established him as a mass hero. With Radhe Shyam has apparently tried to experiment with this reel image. In this film which is helmed by Radha  Krishna Kumar, Prabhas will be seen a lover boy. Now according to the latest report, SS Rajamouli, Shiva Rajkumar, Prithviraj and Amitabh Bachchan have come in the support of Prabhas and Pooja Hegde starrer Radhe Shyam.

SS Rajamouli, Shiva Rajkumar, Prithviraj  and Amitabh Bachchan have gives voice over for the Telugu, Kannada, Malayalam and Hindi version of Radhe Shyam. Today afternoon the makers of Radhe Shyam confirmed the same by releasing a new poster.

On the otherside, Prabhas is also playing the lead roles in Salaar, Adipurush and Spirit.