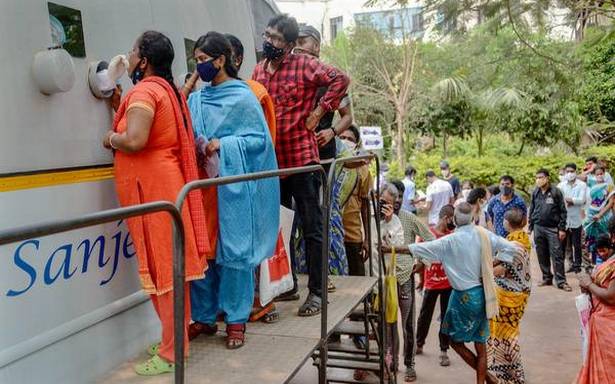 Consecutively for the fifth day, the day tally has crossed the 150-mark. The average number of cases being reported every day, since the last one week is about 170.

Meanwhile, for the third day in a row, the district reported a death, taking the death toll to 549 by Saturday morning.

The number of active cases has crossed the 1,500-mark, after almost five months and stands at 1,542.

Refuting the rumours that four of a family in Paderu tested positive on Saturday, District Medical and Health Officer (DMHO) P. Suryanarayana said that the department has not received any information.

“There are no cases from the Agency area. Even in the rural parts, a few cases were reported from some semi-urban places like Munagapaka, Tumpala in Anakapalle and Atchutapuram. However, the situation is under control. Almost all the cases are reported only from the city,” the DMHO said.