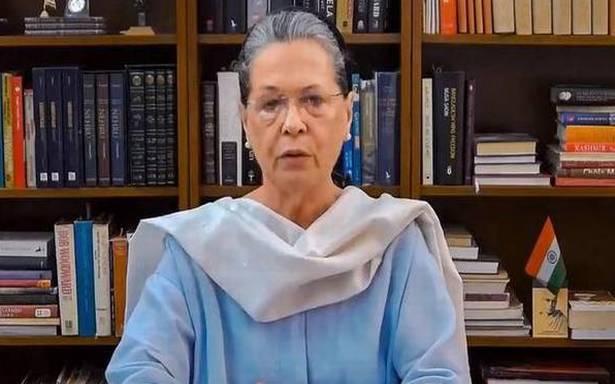 Amid the on-going political turmoil in Punjab, Chief Minister Captain (Retd) Amarinder Singh is likely to meet Congress president Sonia Gandhi on Tuesday to give a final shape to a compromise formula and end the bitter factionalism.

The party had announced that by the first week of July, it hoped to put the infighting behind it.

For the past several weeks now, the State has witnessed a very public feud between the Chief Minister and cricketer-turned-politician Navjot Singh Sidhu. Last week, Mr Sidhu had an hour long meeting with former party chief Rahul Gandhi and general secretary Priyanka Gandhi Vadra where his role in the Punjab Congress is said to have been discussed.

Prior to that both Mr Sidhu and Capt Amarinder had separately met the three-member All India Congress Committee (AICC) that had been set up to resolve the issue.

The AICC panel — comprising Leader of the Opposition in Rajya Sabha Mallikarjun Kharge, general secretary (Punjab) Harish Rawat and J.P. Aggarwal — is learnt to have recommended that Mr Sidhu needs to be suitably accommodated apart from suggesting a 18-point programme.

While the Chief Minister has been open to suggestions like cracking down on sand and transport mafia, improving the power situation and visible action in the 2015 sacrilege issue, he is opposed to making Mr. Sidhu the Pradesh Congress Committee (PCC), a post the latter is said to be keen on.

The Chief Minister wants the PCC to be headed by someone from the Hindu community and not by another Jat Sikh since the government is headed by one.

There is also speculation that while revamping the party and the government in the State, the Congress may appoint one or two deputy Chief Ministers in the State.