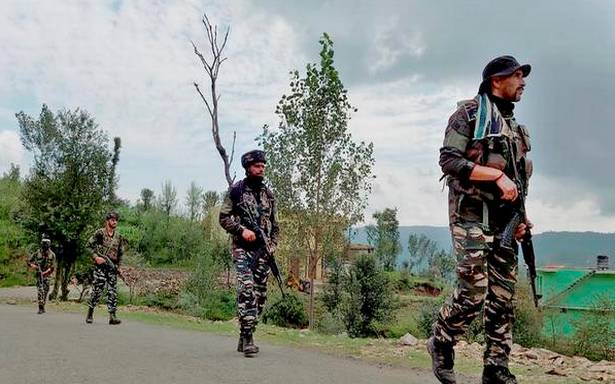 A soldier was injured in an encounter with terrorists in Jammu and Kashmir’s border district of Rajouri on Thursday, sources said.

Security forces had launched a search operation in Thanamandi belt following inputs about the presence of terrorists there, a police official said.

The search operation turned into an encounter after the terrorists opened fire on the forces, who retaliated, the official said.

One soldier was injured in firing by the terrorists, the sources said, adding he has been hospitalised.

Rajouri SP Sheema Nabi Qasba said the encounter is going on. This is the second encounter in the area this month.

One August 6, two LeT terrorists were killed in an encounter with security forces in Thanamandi belt.