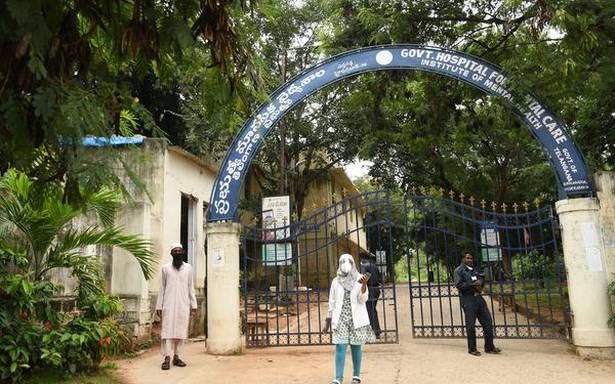 Close to 140 inmates of the government’s Institute of Mental Health (IMH) in Erragadda, who had been declared fit to be discharged, are likely to receive some solace soon, thanks to the initiative of the Telangana State Legal Services Authority (TSLSA).

These 140 inmates, including 35 women, are likely to join their families. Some of them are to be provided shelter by Sayodhya Home while others would be taken care of by Khammam-based voluntary organisation Anna Foundation.

All this is happening with the patient ground work and coordination by the City Civil Court’s Legal Services Authority (CCC-LSA) wing with the inmates’ families, courts which sent them to the institute and the police concerned. The Discharge Committee of the Institute of Mental Health approved the release of the 140 persons as they have completely recovered.

But procedural wrangles and ‘reluctance’ from members of the inmates’ families to take them back became stumbling blocks in their path of freedom. Some of them had no one to go back to or depend on. The case of a young woman from a village of Khammam was a classic example. She had become ‘normal’ and the doctors wanted to release her. But she had nowhere and no one to go. “We contacted the sarpanch of her village and with his help, decided to provide her accommodation at Annam Foundation,” CCC-LSA secretary K. Murali Mohan said.

The hospital authorities had no mechanism or wherewithal to send the ‘fit persons’ back to the courts which are located in different parts of the State. From their end, they had written letters to the courts and the police concerned. TSLSA, led by member secretary Anupama Chakravarthy, took stock of the situation and directed the district LSAs to ensure such persons were set free.

CCC Chief Judge and LSA chairperson C. Sumalatha and secretary K. Murali Mohan reviewed details of the 140 persons ‘fit to be discharged’. Mr. Mohan visited the institute, started talking to each person, coordinated with the magistrates and police officials concerned.

On Tuesday, six women and six men were set free. “If the inmates have no one to depend on, we are assigning their responsibility to voluntary organisations like Annam Foundation or Sayodhya Home,” Mr. Mohan said.