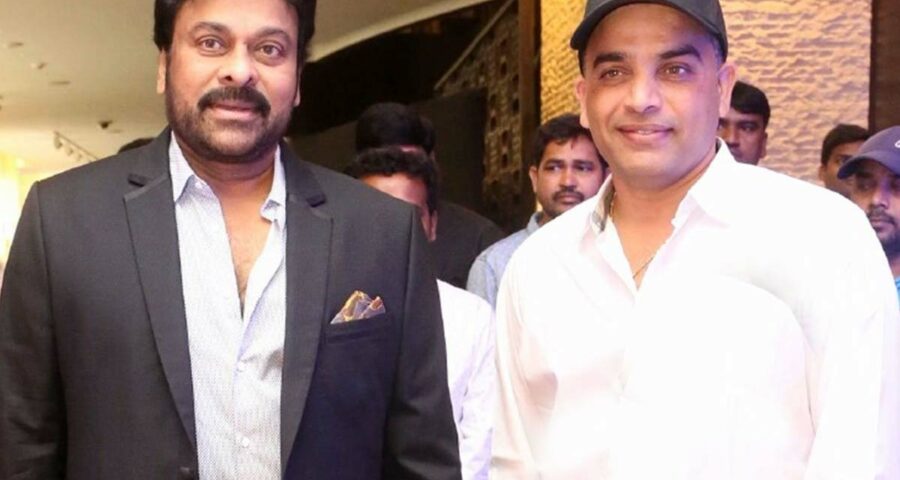 Dil Raju had a dream to work with mega brothers- Chiranjeevi and Power Star  Pawan Kalyan. Later he got the opportunity and bankrolled Vakeel Saab for Pawan Kalyam and now he wants to make a movie with  Chiranjeevi. The reports are coming that Dil Raju has already narrated six stories to Chiranjeevi.

Currently Chiranjeevi has number of big budget projects which are in the different production stages and he  has no date available till the middle of 2024. According to the grapevine, the star producer is said to have taken six stories to Chiranjeevi. While the writers and directors of these projects are not known, a source revealed that  Dil Raju already pitched all the six stories to Chiranjeevi and waiting for his nod.

Currently Chiranjeevi is working for his next project Godfather. Godfather is a Telugu-language political thriller action film directed by Mohan Raja, which is bankrolled by Konidela Production Company and Super Good Films, it is a remake of Malayalam film Lucifer and stars Salman Khan, Nayanthara and Satya Dev.

Meanwhile, Chiranjeevi was last seen in  social drama Acharya along with his son Ram Charan. The film failed to impress the audience. Nayanthara, on the other hand, will be seen opposite Shah Rukh Khan in director Atlee’s next action thriller drama Jawan.