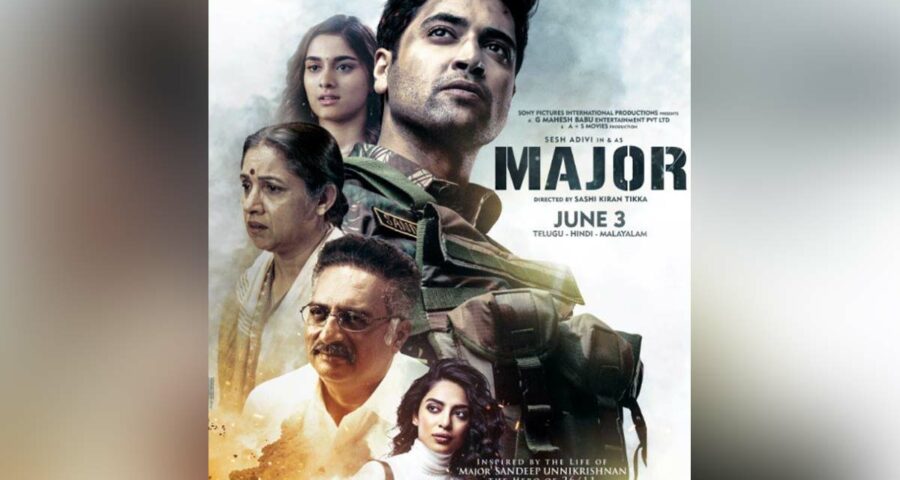 Adivi Sesh starrer ‘Major‘ is available to watch online in Telugu, Hindi and Malayalam. The film helmed by Sashi Kiran Tikka, had released on Netflix recently and is taking the OTT space by a storm. Produced by Sony Pictures International Productions in association with Mahesh Babu’s GMB Entertainment and A+S Movies, Major stars Adivi Sesh, Prakash Raj, Sobhita Dhulipala, Revathi and Murali Sharma in pivotal roles. On Netflix India, the Hindi version of Major is currently ranked One in the trends list while the Telugu version is in the 2nd place. The movie Major is also ranked one in Pakistan, Sri Lanka, and Bangladesh.

Released on 3rd June, Adivi Sesh starrer Major had a successful stint at the box office. The film earned more than Rs 50 cr in less than a week and won hearts of the movie lovers with powerful performances. It crossed Rs 60 cr box office collection worldwide soon after.

The movie Major is based on the life of Major Sandeep Unnikrishnan, who sacrificed his life fighting terrorists during the 2008 Mumbai attacks. The movie opened to mixed reviews on 3rd June but turned out a double blockbuster at the box office.

On the work front, Adivi Sesh will be next seen playing the lead roles in HIT 2 and G2 in the pipeline.