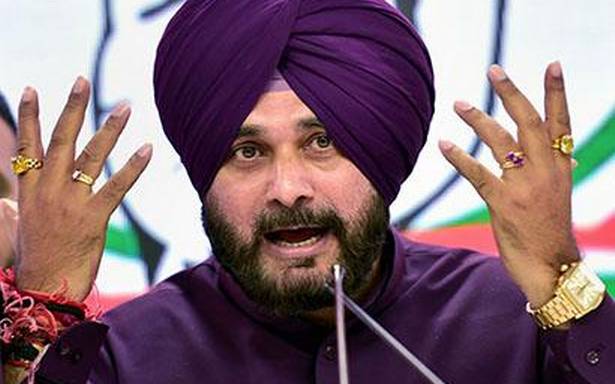 Amid the ongoing infighting within Punjab Congress, former minister Navjot Singh Sidhu, who has been at odds with Chief Minister Amarinder Singh is slated to meet Congress’s senior leaders Rahul Gandhi and Priyanka Gandhi Vadra in New Delhi on Tuesday.

Mr. Sidhu’s office informed that he would be meeting the senior party leaders on June 29 in the national capital.

The AICC panel, including Leader of the Opposition in the Rajya Sabha Mallikarjun Kharge, AICC General Secretary (Punjab) Harish Rawat and J.P. Aggarwal had a few days ago submitted its report to Congress president Sonia Gandhi with suggestions to resolve infighting in party’s State unit. The panel is learnt to have suggested that Mr. Sidhu needs to be suitably accommodated.

The meeting is expected to have deliberations surrounding possible ways to end the factionalism in party’s Punjab unit and the ongoing tussle between Mr. Sidhu and Capt. Singh ahead of Assembly polls, which are due early next year.