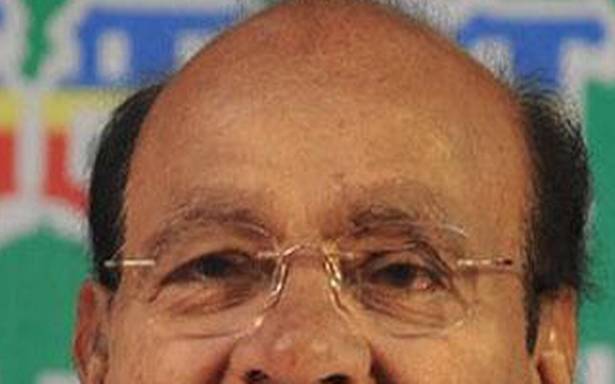 PMK founder S. Ramadoss on Wednesday said that Remdesivir, a drug used in the treatment of COVID-19 patients, should be made available even in the districts as it is becoming difficult to source it for patients.

In a statement, he said the price of Remdesivir drug had gone up many times because of increase in demand.

He said in Kilpauk Medical College, people had to stand in queues for a long time to buy the drug.

“Six doses of Remdesivir are being sold at ₹9,400. Those in need of it appreciated this move. But many also complained that they had to stand in queue for 20 hours,” he said.

Dr. Ramadoss said many in districts had to travel long distances to buy the medicines. “The government should take efforts to sell the drug in district headquarters through the Tamil Nadu Medical Services Corporation offices. It should also increase vaccination centres to manage the crowds after May 1 when vaccination will be open to all above 18 years of age,” he said.