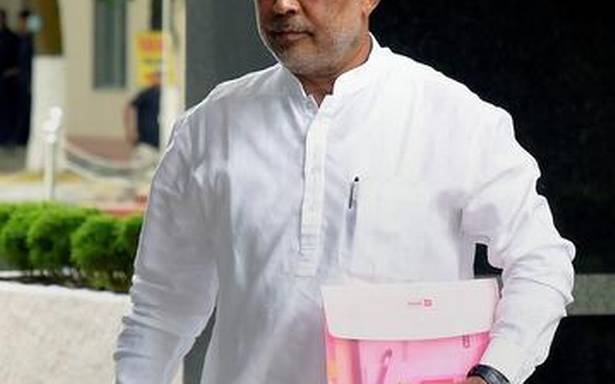 Assam Rifles, Manipur Rifles and other forces have been helping the police in cordon and search operations.

Manipur Chief Minister N. Biren, who also holds the Home portfolio, has directed the police and paramilitary forces to beef up security measures in all trouble prone areas so as to prevent any untoward incident during the celebration of the country’s Independence Day.

Special combined teams have launched cordon and search operations. Assam Rifles, Manipur Rifles and other forces have been helping the police in these operations. S. Ibomcha, police superintendent of the Imphal west district, said, “So far we have not arrested any insurgent and recovered guns and explosives”.

The combined forces continue to search for armed insurgents who may create law and order problems ahead of the celebrations. Mr. Ibomcha said, “Searches have been conducted in residential areas, villages, rented houses and hotels. Anticipating such raids the insurgents may be lying low”.

All insurgent groups in Manipur have been boycotting national functions in general and Republic Day and Independence Day celebrations in particular.

Police say that it is likely that insurgent groups will announce their boycott calls soon and impose people’s curfew so that people will stay indoors during the celebrations of national function.

Police seized a staggering number of IMFL bottles and truckloads of high alcohol country liquor. Besides drugs including heroin, brown sugar and opium are confiscated occasionally by the combined teams.

In most cases intelligence agencies say that insurgents just pop in, create problems and then vanish along the international border. However, the insurgent groups which had come overground after signing the suspension of operations do not boycott the national functions.