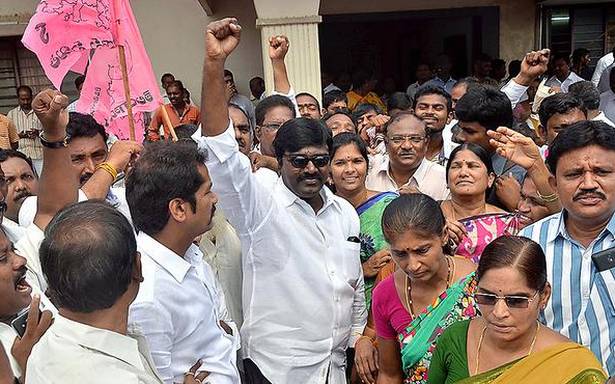 Date to elect recognised union yet to be notified, they say

The major central trade unions operating in the Singareni Collieries Company Limited (SCCL) have reiterated their appeal to the management of the Singareni Collieries Company Limited (SCCL) to conduct immediate fresh verification of membership of the unions through secret ballot to facilitate election of the recognised union of the government-owned coal company.

In the memorandum, leaders of the five major trade unions, constituents of the Joint Bipartite Committee for the Coal Industry (JBCCI), deplored that despite expiry of the two-year term of the Telangana Boggu Ghani Karmika Sangham (TBGKS), which won the recognised union status in the elections held in October 2017, the date of conduct of recognised union election was yet to be notified.

They urged the SCCL management and the Ministry of Labour to expeditiously complete the process to help redress the grievances and resolve the long-pending issues of the SCCL workforce besides maintaining industrial peace.

They suggested that the five trade unions may be allowed to represent and participate in discussions on behalf of the SCCL workforce at the ensuing meeting of the recently constituted National Coal Wage Agreement (NCWA)-XI for wage increase, welfare measures and other fringe benefits, in case of any delay in taking up the process of fresh verification of membership of the unions.