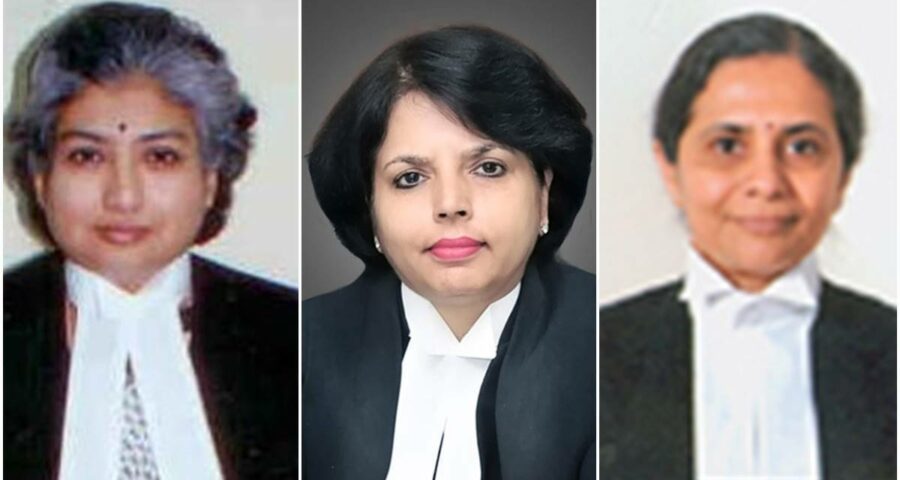 The Indian Express had earlier reported that the Supreme Court Collegium headed by Chief Justice of India N V Ramana has recommended the nine names to the Centre for appointment as judges to the top court. The Supreme Court, in a statement on Wednesday, said that the Collegium headed by Chief Justice of India (CJI) N V Ramana has recommended to the Centre nine names for appointment as judges to the apex court. The Collegium, for the first time, has recommended the names of three women judges, who are a part of the list.

The SC statement said that the Collegium, in its meeting held on August 17, has recommended names of four chief justices of different high courts for elevation as top court judges.

The Indian Express had earlier reported that the Supreme Court Collegium has recommended the nine names to the Centre for appointment as judges to the top court.

Senior advocate and former Additional Solicitor General P S Narasimha, whose name if cleared, would become the sixth lawyer to be elevated to the apex court bench directly from the Bar.

The breakthrough comes just days after Justice Rohinton Nariman retired from the Supreme Court. Justice Nariman, who was a Collegium member since March 2019, was said to have been firm in his stand that no consensus could emerge on the names unless the two most senior judges in the all-India seniority list for high court judges — Karnataka HC Chief Justice Abhay Oka and Tripura HC Chief Justice Akil Kureshi — were recommended first.

With the retirement of Justice R F Nariman on August 12, the strength of judges in the top court had come down to 25 as against the sanctioned strength of 34, including the CJI.

Justice Navin Sinha of the apex court also retired on Wednesday, which further brought down the number to 24.

Significantly, no appointment has been made after the superannuation of the then CJI Ranjan Gogoi on March 19, 2019.

The recommendations, if accepted, will fill all current vacancies taking the working strength to 33.