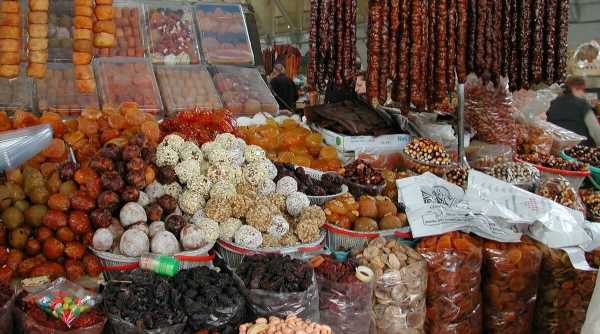 Neighbouring nation only exporter of anjeer and apricot, major importer of Indian sugar The Taliban takeover in Afghanistan, which carries major political and strategic repercussions for India, will also hit a specific sector of the Indian market — dry fruit trade.

Afghanistan is the only source of jardalu (apricot) and dried fig (anjeer) for India. Traders have warned that if banking channels are not restored soon, Indian markets will feel the absence of these commodities.

“On an average, around 38,000 tonnes of material is imported from Afghanistan annually,” he said.

Since the political turmoil, all trade with Afghanistan has come to a stop as banking channels between the two nations have collapsed.

The Taliban takeover has also come at a time when Afghanistan farmers were getting ready to harvest a bumper crop of dry fruits. “Our sources there said the shipments are ready but given the present condition, nothing can be shipped,” said Bhuta.

Goods from Afghanistan normally reach India through the sea route, as containers from the country first go to Iran’s Chabahar port and take the sea route to Mumbai. Some containers are sent via the land route through Pakistan and finally reach Amritsar.

Bhuta said while walnuts and pine nuts can be sourced from Kashmir or the United States, apricot and hing would be difficult to source from other countries. “We hope that once the banking channels are fixed, imports will start again… we have to wait and watch now,” he said.

Meanwhile, the Confederation of All India Traders (CAIT) has also expressed concern about the ongoing situation in the neighbouring country.

Praveeen Khandelwar, secretary general of CAIT, said markets may be hit due to the uncertainty of the current political situation in Afghanistan. “… Currently, import-export shipments are stranded, which may cause heavy losses to traders,” read a press statement issued by CAIT.

Afghanistan is also a valuable market for Indian goods, and was the recipient of nearly 8 per cent of the sugar India exported last year.

Rahil Sheikh, vice-president of the All India Sugar Trade Association (AISTA), pointed out the country had imported 6 lakh tonnes of the 70 lakh tonnes of sugar exported in the 2020-21 sugar season. Now, with banking channels completely frozen, no trade can take place.

However, Sheikh expressed optimism that the situation will become normal in the near future. “Last time, after the Taliban had taken control of the country, the import of essential commodities had become regular once the banking channels were re-established. We feel the same will happen this time,” he said.