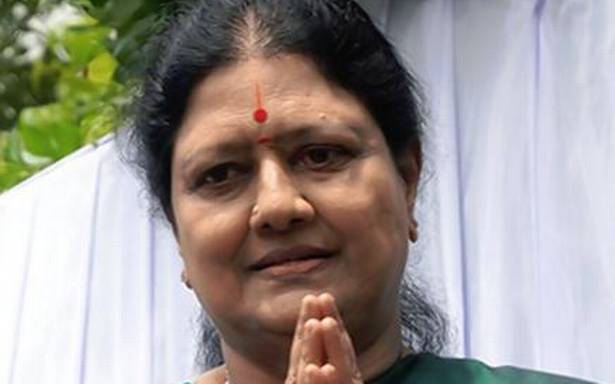 She is planning to visit Madurai, Ramanathapuram on Friday

Even as the AIADMK’s former interim general secretary V.K. Sasikala is planning to visit Madurai and Ramanathapuram on Friday, the gap between the camps of coordinator O. Panneerselvam and co-coordinator Edappadi K. Palaniswami seems to be widening over the issue of re-admitting her into the party.

Nearly a week after Mr. Palaniswami declared that Ms. Sasikala was no longer part of the AIADMK, Mr. Panneerservlam said on Monday that it was for the party’s “high command” to decide on taking her back. This was immediately followed by the statements of senior leaders such as K.P. Munusamy and D. Jayakumar, dismissing the coordinator’s position and backing Mr. Palaniswami’s stand. Last week, a complaint was given to the police against Ms. Sasikala identifying her as the AIADMK general secretary. Though several senior leaders of southern districts were seen in Madurai along with Mr. Panneerselvam at the time of his remarks on the issue, none has come out in support of him.

The stated purpose of Ms. Sasikala’s visit to the southern districts is to pay homage at the memorial of U. Muthuramalinga Thevar, regarded as one of the important leaders of the State, at Pasumpon in Ramanathapuram district and to garland the statues of Thevar and the Marudhu Pandiar brothers in Madurai.

Even in December 2019, Mr. Panneerselvam aired a similar view. In early September this year, the rapprochement between Mr. Panneerselvam and Ms. Sasikala was evident when she called on him when his wife died. A middle-level functionary, who hails from the southern region, says there is nothing wrong in the AIADMK coordinator’s statement as he is keen on taking all sections along. A former Minister, who is also from the south, says Mr, Panneerselvam and Mr. Palaniswami are “on good terms with each other and there is no problem between them.”

However, C.Ve. Shanmugam, Villupuram district secretary of the party and former Law Minister, feels, “We will lose our credibility if we take Ms. Sasikala back, though we have nothing against her personally. The opposition to her re-admission is only in the interests of the party.”