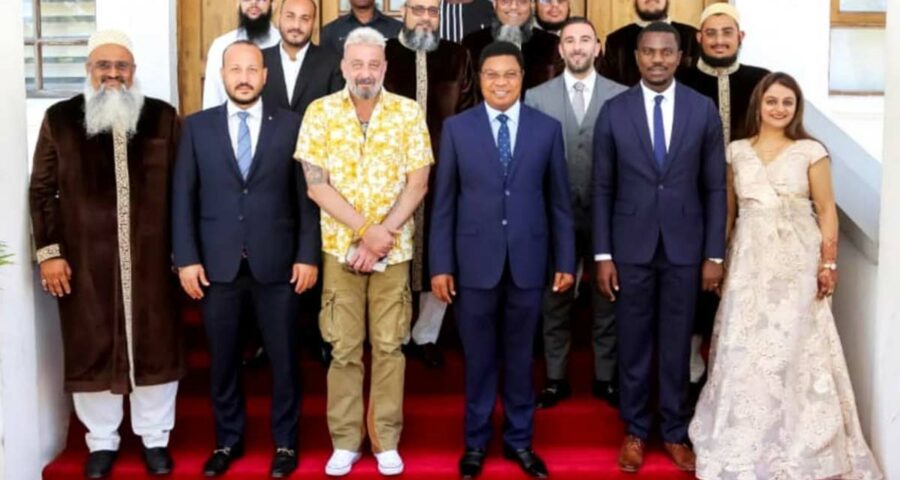 Bollywood top actor Sanjay Dutt has recently met Prime Minister of Tanzania Kassim Majaliwa. On Thursday, Khalnayak fame actor Sanjay  Dutt took to Instagram and shared a glimpse of his meeting with Kaasim Majaliwa.  Coming on the pics, he is seen conversing with the Prime minister.

Sanjay Dutt captioned it:  It was truly an honour to have met the honorable Prime Minister @kassim_m_majaliwa! I am glad to be able to support the Tanzanian film industry and also invest in the tourism of your beautiful country! Hoping to visit again soon!

On the otherside,  Sanjay has been appointed as the tourism ambassador of Zanzibar – an Indian Ocean island situated on the Swahili coast. He also met President Dr Hussein Ali Mwinyi during his visit to the island region. The actor also expressed his happiness to be able to contribute to the “Investment, Health & Education sector” of Zanzibar.

On the work front, Sanjay Dutt has  a number of projects in the pipeline. He is also the part of much hyped big budget movie KGF: Chapter 2 starring Yash and Srinidhi Shetty, where he is essaying the role of Adheera. The movie helmed by Prashanth Neel also has Raveena Tandon, Prakash Raj and Malavika Avinash  in the important roles. He will also be seen in Shamshera opposite Ranbir Kapoor.